Everton are keen to take Conor Coady on a loan deal from Wolves, according to talkSPORT, with the sense that he could leave Molineux this month growing.

The 29-year-old has been a key man for Wolves in recent season and his displays earned him senior England honours, with ten caps to his name following his debut in 2020.

However, Coady wants to make sure he is playing regularly ahead of the World Cup this winter and that desire could lead him to the Wolves exit door. 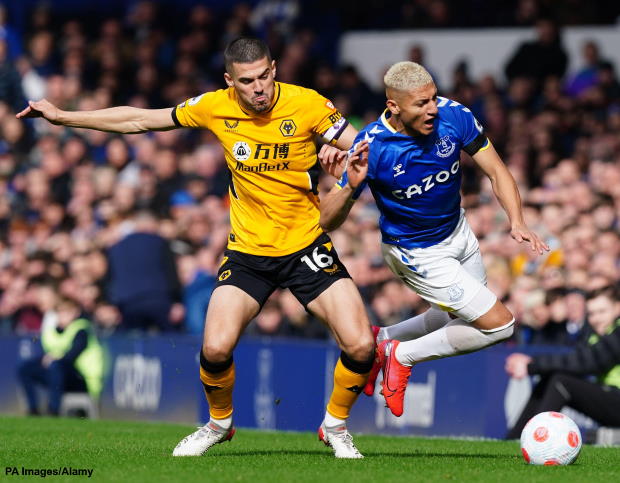 Coady will not be short of options and it is suggested that Everton are keen on him.

Frank Lampard is an admirer of the defender’s qualities and could move to sign him on a loan deal given the tight finances at Goodison Park.

Coady came through the youth ranks at Everton’s rivals Liverpool, but had to leave Anfield to make the breakthrough in the senior game.

He had a loan spell at Sheffield United before joining Huddersfield Town on a permanent basis.