Oxford United manager Karl Robinson feels that Lewis Bate, the seventh summer signing for the U’s, has a point to prove after he moved to Kassam Stadium on loan from Leeds United.

Bate arrived at Leeds from the Chelsea academy in the summer of 2021 to a lot of fanfare but found himself playing with the Whites’ Under-23 team more often than not.

The central midfielder made only four first-team appearances in a difficult campaign for the Whites, totalling less than 200 minutes in all and Leeds are keen for him to play regularly. 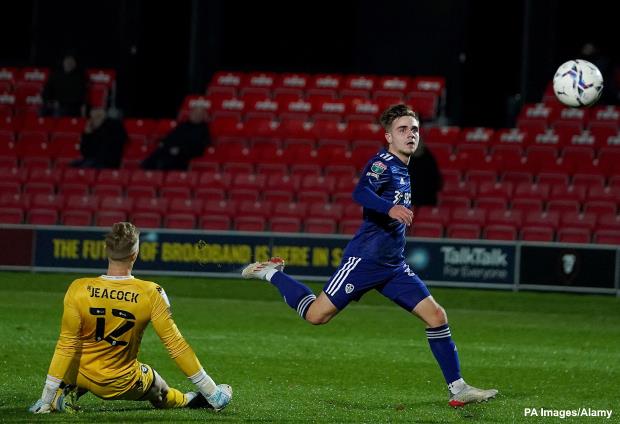 Robinson believes that the U’s are in need of young players who feel that they have a point to prove and added that Bate fits that bill perfectly.

He noted that, in his opinion, Bate will get better as he gains more experience and playing time under his belt.

“We need young players who feel they have something to prove, and Lewis is just that”, Robinson told the Oxford United official website.

“He’s one of those players that’s just going to get better and better, and he’s already got a good amount of experience under his belt, despite his young age.”

Bate found game time with the first team hard to come by as Leeds flirted with relegation for a good chunk of the 2021/22 season, clawing their way to survival via a 2-1 win at Brentford on the final matchday.

The 19-year-old made 27 appearances in all competitions during last season, scoring one goal and assisting once.

The U’s lost their opening fixture away at Derby County and will look to get their first points when they host Cambridge United on Saturday.