Tottenham Hotspur are keen on a move for Nikola Milenkovic, but he is set to remain at Fiorentina beyond this summer, it has been claimed in Italy.

Although Spurs have already bolstered their backline by roping in Clement Lenglet, they still remain in the market for another centre-back before the window shuts.

Fiorentina star Milenkovic, who has been linked with leaving the club throughout this window, is one of the players on Tottenham’s radar. 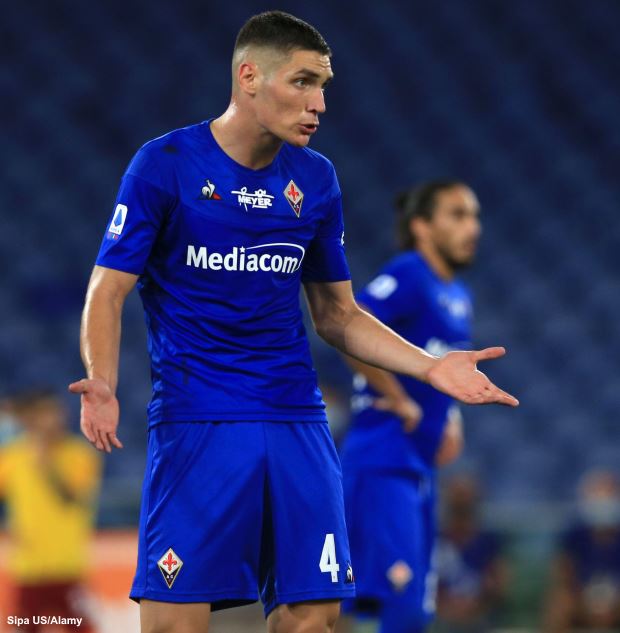 Serie A giants Inter and Juventus are also credited with interest in the Serbian, whose current deal at Fiorentina is set to expire in a year’s time.

Spurs are claimed to have even contacted Milenkovic’s agent to enquire about the possibility of a move for him.

However, according to Sky Italia, all of Milenkovic’s potential suitors, including Spurs, are set to suffer a blow in their hopes of signing him as he is tipped to stay at the Stadio Artemio Franchi for this season.

The 24-year-old’s entourage and the Fiorentina hierarchy held a meeting on Friday to discuss his immediate future and they have decided that the player should remain at his current side.

Moreover, Milenkovic is in talks with Fiorentina over a new multi-year deal, which if agreed up on would see him not leaving the club on a free transfer next summer.

With Milenkovic looking likely to stay in Florence, it remains to be seen whether Tottenham will turn their attention towards any alternative options.