Antonio Conte Would Have – Tottenham Star Admits He Had To Score

Tottenham Hotspur wing-back Ryan Sessegnon has joked that Antonio Conte would have slaughtered him if he had not scored against Southampton given the chances he had.

Sessegnon equalised for Tottenham against Southampton following James Ward-Prowse giving the visitors an early lead in the Premier League opener.

Spurs went on to win the game comfortably 4-1 at home, but it was the left wing-back who got them back into the match and eventually secured the three points. 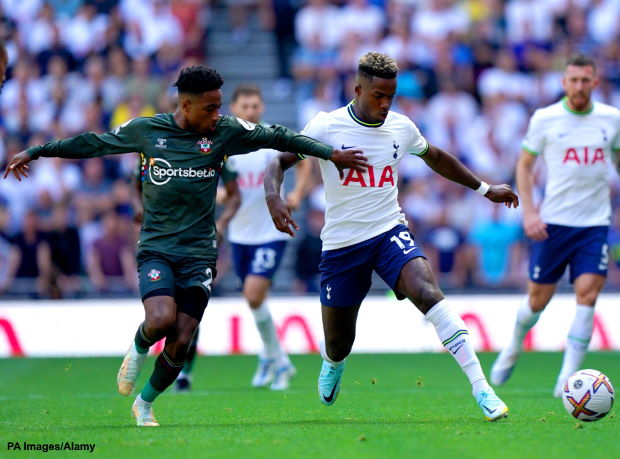 However, Sessegnon conceded that had he messed up the chance, he knew the Tottenham manager would have been very unforgiving as he had already made a mistake early in the game.

The Spurs wing-back told Sky Sports post match: “If I hadn’t scored that I think he would have killed me to be honest!

“There was a moment a couple of minutes earlier when Dejan Kulusevski cut back and I arrived too late and I knew I couldn’t arrive too late the next time he did it.”

Sessegnon and new signing Ivan Perisic are vying for the same spot in the starting eleven, following the arrival of the experienced campaigner from Inter.

But he stressed the competition has been healthy and he is eager to learn from the veteran Croatian.

“I want to learn from Ivan Perisic, he’s helped me a lot and we can challenge each other.”

Sessegnon will hope to keep his place in the team when Tottenham travel to Chelsea for the London derby next weekend.