Former Leeds United star David Prutton is of the opinion that it is Rodrigo’s responsibility to take his goalscoring form into the new season to repay Jesse Marsch’s faith in him.

The 31-year-old joined the Yorkshire outfit from Valencia for a transfer fee in the region of £27m in the summer of 2020 and has scored 13 goals in his 62 appearances for the club.

Last season, Rodrigo failed to impress in the absence of the Whites’ main man, Patrick Bamford, scoring only six goals in his 34 appearances for the club. 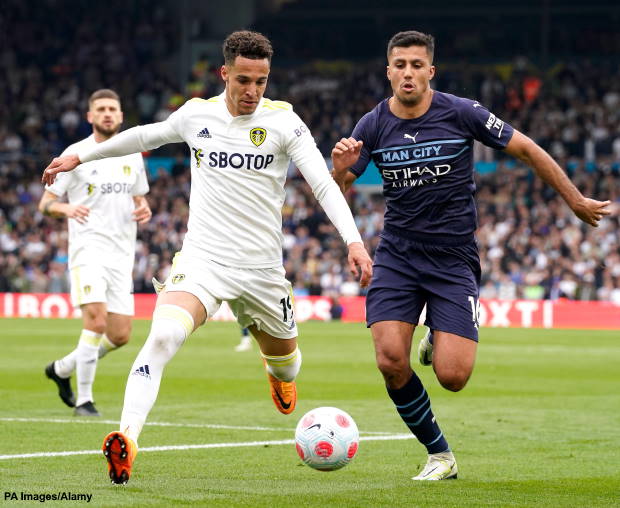 Rodrigo has scored five goals in his six pre-season outings, including a hat-trick in Leeds last pre-season game against Cagliari, and Prutton believes that the player should carry his goalscoring form into the new season.

The ex-Leeds United player is of the opinion that Marsch’s faith in Rodrigo will provide the player with more confidence, but he also emphasised that it is the forward’s obligation to go out and score goals to repay his manager’s faith.

“Jesse has spoken fondly of him and that is music to the player’s ears because you know that the manager is rooting for you”, Prutton wrote in his Yorkshire Evening Post column.

“But it’s then the player’s responsibility to go and score goals and this is the club’s record signing still.

“He bagged a hat-trick in last weekend’s friendly against Cagliari and all he can do is score against the teams that are put in front of him and if he carries that on into the new season then it will be rosy.”

Marsch’s side will begin their Premier League campaign against Bruno Lage’s Wolves this afternoon and it remains to be seen whether Rodrigo makes the starting line-up for the game.