Former Wolverhampton Wanderers star Steve Bull has told Everton target Conor Coady to stay at Molineux amid suggestions he is looking to depart.

Wolves finished the 2021/22 season in tenth place in the Premier League table, but only the top four of Manchester City, Liverpool, Chelsea and Tottenham had a better defensive record during the campaign.

Coady played a key part in that statistic, being out on the pitch for the full 90 minutes in 35 league games while clocking relatively fewer minutes in the other three. 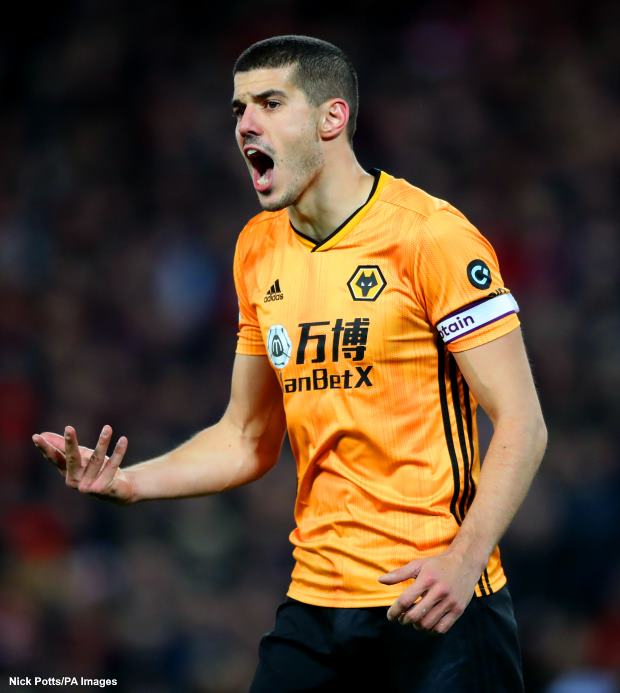 The defender is wanted by Everton this summer amid suggestions that a change of system at Wolves might push him further down the pecking order at centre-back.

Bruno Lage is reportedly thinking of a switch to a back four, but Bull believes that Coady, who he dubbed a leader, should stay at Molineux and fight his way back into the manager’s reckoning.

He further hopes that Coady can make the England squad for the World Cup in Qatar while still a Wolves player.

“Conor has been a true leader on and off the pitch for Wolves and the fact he has only missed one game in the Premier League since promotion speaks volumes about him”, Bull wrote in his Express & Star column.

“Every player wants to play, particularly with a World Cup on the horizon, but I’d love to see him knuckle down at Wolves and fight his way into that team.

“I know people say that playing a back four means that he is down the pecking order but I think he should fight for the shirt and stay.

“I had chances to leave during my Molineux career but I know Wolves was where I had to be. I’d love it to be the same with Conor.

“However, I do appreciate that at 29, this year’s World Cup could be his last chance – it’s a big call on his part if he decides to go but I’d love to see him fight his way back and make the England squad while still at Molineux.”

Coady made 42 appearances in all competitions for Wolves last season, scoring four goals and collecting only four cautions along the way.

Everton have already strengthened in the centre of defence with the addition of James Tarkowski and it remains to be seen if Coady heeds Bull’s advice or decides to make the move to Goodison Park.