Manchester United are interested in a move for Bologna forward Marko Arnautovic, but the Italians are not planning to let him go this summer.

The Red Devils are in the market for attacking reinforcements and new boss Erik ten Hag is keen on signing a new forward.

Manchester United superstar Cristiano Ronaldo is linked with an exit from Old Trafford although the club have insisted that he is not up for sale. 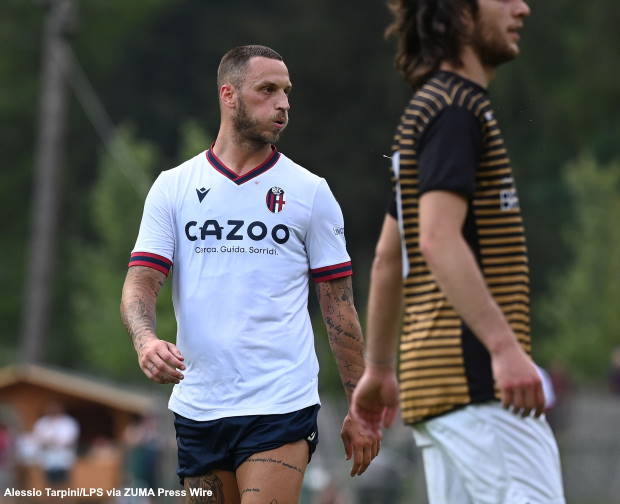 Amidst the uncertainty surrounding the striker’s position at Old Trafford, Manchester United have identified a potential signing in Italy in the shape of Arnautovic.

The former West Ham United man is currently on the books at Bologna, where he arrived last summer following a spell in China.

Manchester United are keen on taking Arnautovic back to England as they remain intent on bolstering their frontline.

However, according to Italian daily Gazzetta dello Sport, Bologna are not planning to part ways with the 33-year-old in the ongoing window.

Arnautovic is seen as an integral part of Sinisa Mihajlovic’s plans at the Stadio Renato Dall’Ara this season and they want to keep him in their ranks.

It remains to be seen whether Manchester United act upon their ineptest and make concrete moves for the Austrian this summer, while Red Bull Salzburg striker Benjamin Sesko is another forward on their transfer radar.