Wilfried Zaha’s entourage have communicated to Chelsea that the Crystal Palace star is open to joining them this summer, according to talkSPORT.

The Blues are on the lookout for attacking reinforcements, having allowed Romelu Lukaku to return to Inter on loan, while Timo Werner is expected to join RB Leipzig.

Callum Hudson-Odoi could also leave the club amid interest from Newcastle United, Southampton and Leicester City. 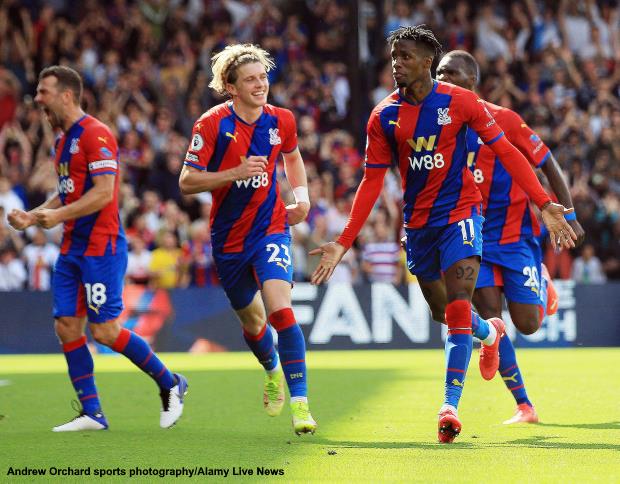 But Thomas Tuchel’s side could bolster their forward line with a player well experienced with the cut and thrust of Premier League football.

The entourage of Crystal Palace star Zaha have let Chelsea know that he is open to signing for them this summer.

Zaha’s current deal at Selhurst Park expires in a year’s time and he is not keen on signing on fresh terms at the club.

The Ivorian is open to having a fresh challenge and can see himself playing at Chelsea, who are in need of more attackers.

It remains to be seen whether Chelsea will take up on the suggestion by Zaha’s encourage and push to snare him away from Crystal Palace, which would also provide the Eagles with an opportunity to get a fee from his departure.