Rangers defender James Tavernier has admitted he is looking forward to crossing swords with PSV Eindhoven star Cody Gakpo in the first leg of the Champions League playoff tie between the two sides at Ibrox tonight.

Tavernier is expected to start on the right side of the Gers’ defence and will face Gakpo, who occupies the left flank in the Eindhoven side’s attack.

The 30-year-old right-back has stated that their duel will be decided out on the pitch for all to see and while acknowledging that Gakpo is one of Europe’s biggest talents on present form, Tavernier admitted he is looking forward to the tussle. 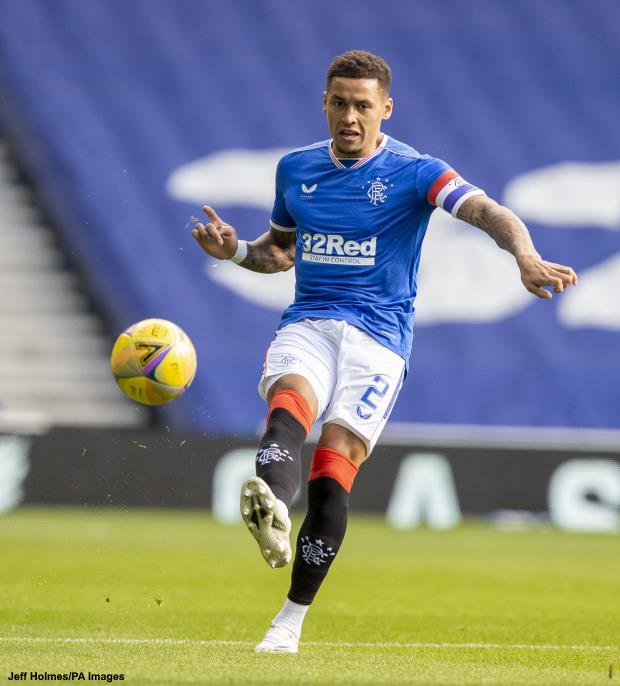 Tavernier further noted that Gakpo is an important player for Ruud van Nistelrooy’s side but far from the only weapon at his disposal.

The full-back claimed that their duel will not decide the outcome of the fixture as they are just two players in a game contested between 22.

“Who wins [the duel]? We will see that during the game”, Tavernier was quoted as saying by Dutch magazine Voetbal International.

“Gakpo is one of the greatest talents in Europe. I look forward to fighting him. I’ve seen pictures of him.

“He is an important player for PSV.

“It’s up to us to make sure he won’t be important against us, but PSV have more good players.

Rangers will travel to Hibernian on Saturday and follow that with a visit to Eindhoven for the second leg the following Wednesday in their final hurdle to qualify for the group stage of the Champions League.