Manchester United are considering making a move for Real Madrid midfielder Casemiro in the final two weeks of the transfer window, it has been claimed in Spain.

Erik ten Hag is desperate for midfield reinforcements following his side’s disastrous start to the season, which has seen them lose their first two league games.

The Manchester United manager is yet to be delivered his top target in Frenkie de Jong and he is facing resistance from the owners in his quest to move Cristiano Ronaldo on. 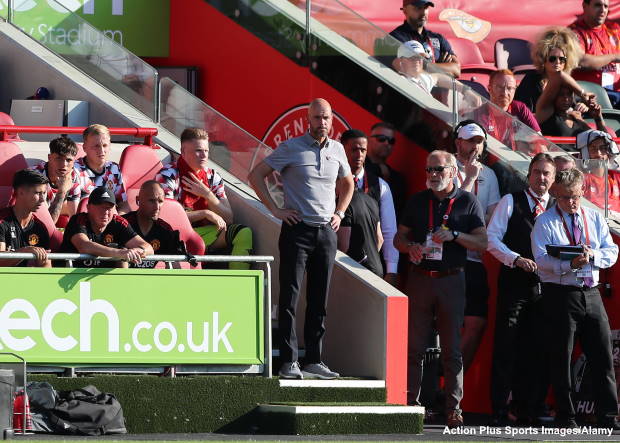 The club are looking at several options as they become increasingly desperate about bringing in new players in the final weeks of the window.

And according to Madrid-based daily Marca, Casemiro has emerged as an option for Manchester United this month.

The 30-year-old midfielder has been one of the bulwarks of a Real Madrid side that has won five Champions Leagues and three La Ligas.

He was again instrumental as Real Madrid won a league and European Cup double last season.

Manchester United officials are in the Spanish capital to probe the possibility of getting the Brazilian midfielder.

But Real Madrid are yet to receive an offer and Casemiro has remained one of the key players for Carlo Ancelotti.

Real Madrid signed two young midfielders in Eduardo Camavinga and Aurelien Tchouameni in the last two summers and it is unclear how they would react if Manchester United table a bid for him in the coming days.

It also remains to be seen whether the midfielder would be open to the move as well given Manchester United’s problems.