Matheus Nunes has made the trip to England to put the finishing touches to his move to Wolverhampton Wanderers from Sporting Lisbon.

Wolves have an agreement in place for a club record fee of €45m, plus €5m in add-ons, with the Lions for the midfielder.

Nunes will put pen to paper on a five-year contract, with Wolves insistent on having him registered in time for their next Premier League game on Saturday. 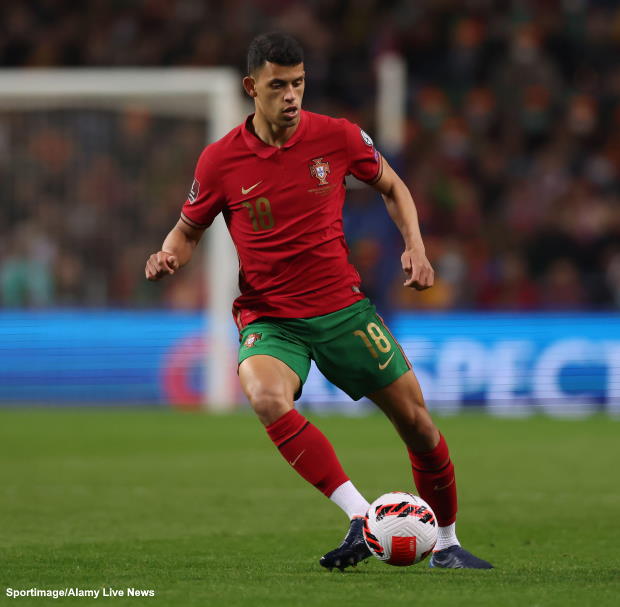 The 23-year-old is currently in England to finalise the remaining details of his move, according to Brazilian outlet UOL Esporte.

Nunes made 50 appearances in all competitions for the Lisbon giants during the 2021/22 season, scoring four goals, laying on five assists and earning nine cautions along the way.

So far, for Sporting Lisbon this season, Nunes has two appearances to his name, in addition to one goal and an assist as well as the solitary caution.

Wolves began the Premier League campaign with a 2-1 reverse at Elland Road and followed that with a scoreless draw at home to newly promoted Fulham.

Next up for the Molineux outfit is a trip to London to face Tottenham Hotspur and they will hope Nunes is available for selection.