Why Is He Allowed To Break Rules? Richard Keys Unhappy With Mikel Arteta

Richard Keys has questioned why Arsenal boss Mikel Arteta is allowed to walk up and down the touchline during games where, he feels, the Spaniard could seriously endanger a player.

The Gunners’ excellent start to their Premier League season came to halt on Sunday as they fell to a 3-1 loss away against rivals Manchester United.

An animated and frustrated Arteta had to see his side lose for the first time this season on Sunday, while he was pictured walking close to the pitch along the touchline, something Keys feels he has been guilty of in previous games as well. 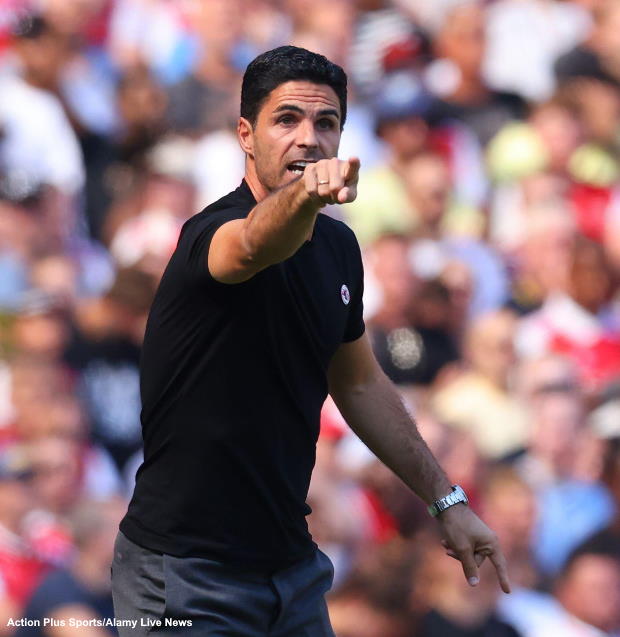 The veteran anchor questioned why the Arsenal boss is allowed to break the rules and venture out of his technical area time and time again.

Keys stressed that remaining in close proximity to the pitch like Arteta has been doing for quite some time could seriously endanger a player.

“Another subject that we’ve previously mentioned – when is somebody going to tell Arteta he’s endangering the wellbeing of players by marching up and down the touch line?”, Keys wrote on his blog.

“The technical area is placed away from the pitch for a reason.

“Someone is going to get badly injured if they crash into him.

“Why is he allowed to break the rules and no-one else is?”

It remains to be seen whether any authorities concerned will intervene and let Arteta know that he is not allowed to walk alongside the touchline during games any more.