Tam McManus believes that second place is there for the taking for Celtic in their Champions League group despite defeat at home to Real Madrid.

Ange Postecoglou’s men competed well in the first 45 minutes with Real Madrid, but the Spaniards’ class told in the second half as they scored three times without reply.

Vinicius Junior put the visitors ahead in the 56th minute before Luka Modric doubled the advantage four minutes later. 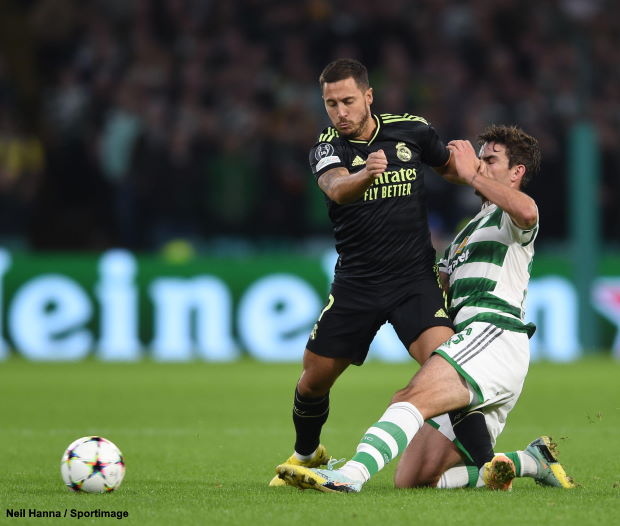 Eden Hazard killed off all Celtic comeback thoughts with 13 minutes left and it ended 3-0 to Real Madrid.

The other game in the group saw Shakhtar Donetsk stun RB Leipzig with a 4-1 win in Germany and McManus thinks that second spot is there for Celtic to take as Real Madrid will win all their matches.

“Leipzig pumped at home. 2nd place wide open in that group as Madrid will win 6/6”, he wrote on Twitter.

“If Celtic take anything out tonight it’s they have to be clinical at this level.

“Won’t get too many clear cut chances like Abada/Maeda.

“Class told in the end and Real Madrid are top class.”

Real Madrid went all the way in the Champions League last season and Celtic’s next group game offers an opportunity for points as they visit Shakhtar Donetsk, while the Spaniards host RB Leipzig. 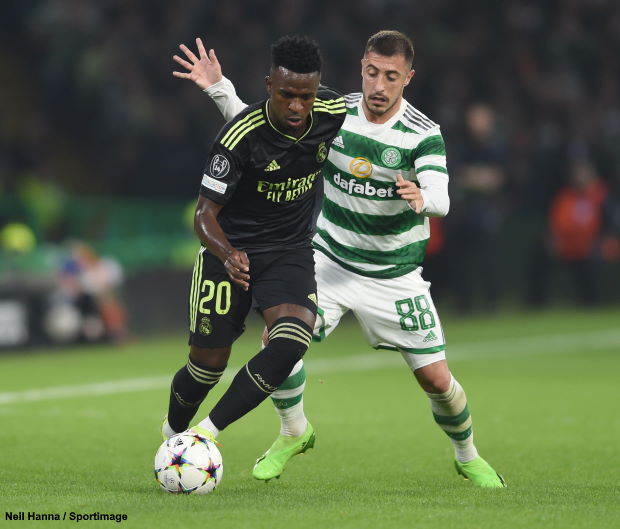