Nikola Katic is sure that he could have helped shore up Rangers’ defence this season if he was still at the club.

Katic revealed that once he did not get too many opportunities in pre-season after returning from his loan stint at Hajduk Split he decided to speak to the Rangers boss in the summer. 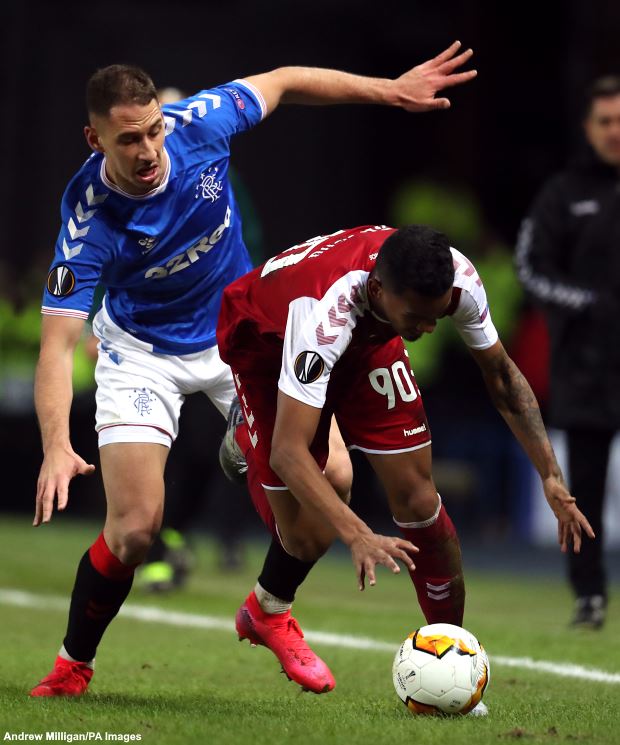 He revealed that the Dutchman conceded that the Croatian is not the kind of centre-back he wants but stressed that he does not see many great ball-playing defenders in the Gers backline at the moment.

The defender stressed that he could have helped Rangers be better at the back this season and admitted that in Scotland a team will always need physical centre-backs to succeed.

The former Rangers centre-back told The Athletic: “I played three 45 minutes in pre-season and I was happy with how I did. I made one bad pass against Sunderland but it wasn’t anything big.

“I expected to play against West Ham and Tottenham at Ibrox and was hoping everyone would be looking at me again, but I was the only defender who didn’t play.

“I was really disappointed, so I went to his office and asked him to just tell me what was going on as I didn’t think I deserved that after getting injured and trying to get back to help Rangers.

“If I played bad then fair enough, but at least give me a chance.

“He said he liked a different type of defender. I’m not Messi but I see the defenders doing typical defender things, not anything special or making the last pass.

“If someone is Virgil van Dijk then fair enough, but it is hard to watch the numbers of goals they are conceding right now as I believe I could have helped — especially with the goals from set pieces.

“It’s Scotland, so a lot of the away games are physical no matter what you do and you need to have defenders to defend.”

Rangers have conceded eight goals without a reply in their last two games against Celtic and Ajax.