Our Support Is Amazing – Everton Star Feels Duty To Perform

Everton new boy Amadou Onana has hailed Goodison Park’s atmosphere during the Merseyside derby and feels that he is lucky to be able to get the chance to play in one.

The 21-year-old defensive midfielder joined Everton from Lille this summer after making 42 outings for the French outfit.

Onana, who has featured in six games for Everton this season, experienced his first Merseyside derby on 3rd September at Goodison Park, which finished with a 0-0 scoreline. 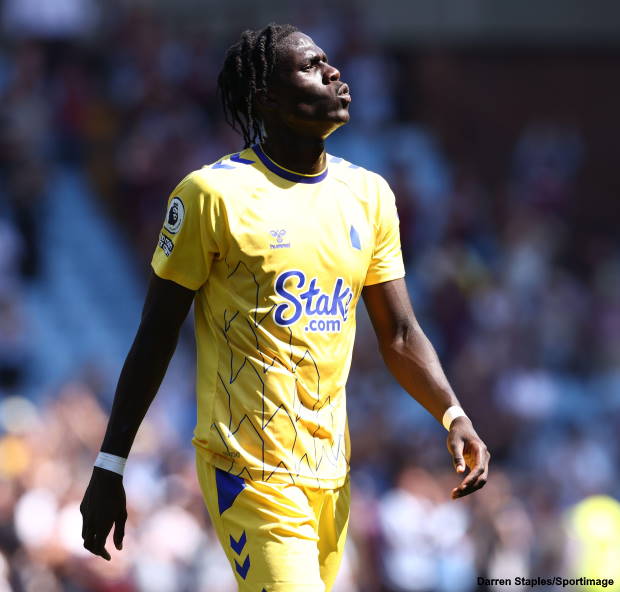 The Belgian international was mesmerised by the atmosphere of Goodison Park during the game against Liverpool and hailed the environment in the stadium as incredible.

Onana is of the view that when a game has such an amazing atmosphere, the players simply need to perform and he considers himself fortunate to have the opportunity to take part in a Merseyside derby match.

“I feel lucky that I had the chance to play in it.

“The atmosphere was just incredible, our support is amazing.

“If you have such an atmosphere, you simply have to perform.

“It was nice to be out there giving my everything for the club.

“That’s what they want from us – and that’s what I want to give them.”

Everton will entertain David Moyes’ West Ham United on Sunday and the Toffees will be motivated to secure their first three points of the season in front of the home crowd.