Former Rangers striker Gordon Dalziel has admitted he has seen nothing from Ridvan Yilmaz to convince him that Borna Barisic’s spot at left-back for the Gers is under threat.

The Scottish giants sold Calvin Bassey to Ajax for a fee of around £21m in the summer and moved to bring in Yilmaz from Besiktas to give Barisic competition at left-back.

Yilmaz cost Rangers an initial £3.4m to sign, with add-ons meaning the eventual fee paid for the Turkish defender could go up to £5m. 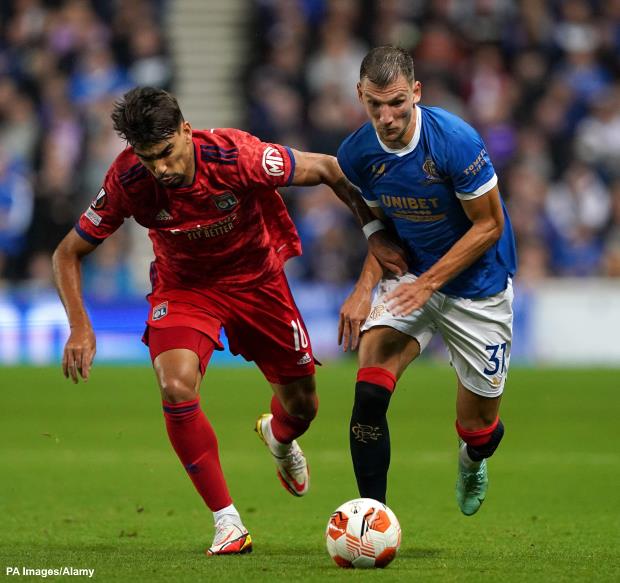 Giovanni van Bronckhorst has handed the 21-year-old limited game time so far, but Dalziel has seen enough to suggest that Barisic does not have to worry about the Turk breathing down his neck.

He insists that Yilmaz will need to fight to take the shirt off Barisic and is not guaranteed game time simply due to his transfer fee.

Dalziel said on Clyde 1: “It doesn’t matter if you come in with this price tag, you’ve got to claim the jersey.

“So far we’ve not seen a lot of Yilmaz, but what I have seen of him, I’ve not looked at him and thought ‘yes, you’re going to be a real threat to Barisic’.

“I think Barisic is a stick-on for the number 3 berth just now.”

Yilmaz was an unused substitute in Rangers’ 2-1 win over Dundee United on Saturday, with Barisic completing the full 90 minutes.