Rangers manager Giovanni van Bronckhorst has admitted he was delighted with Gers youth products Charlie McCann and Leon King after the narrow win over Dundee United at Ibrox.

The Gers were in a spot of bother after three successive losses without scoring, a sequence that saw them lose by a 4-0 scoreline to both rivals Celtic and Ajax, followed by a 3-0 reverse at Ibrox to Napoli.

Van Bronckhorst’s charges managed to stem the rot with a 2-1 win over Dundee United, with summer signing Antonio Colak scoring both goals for the Gers. 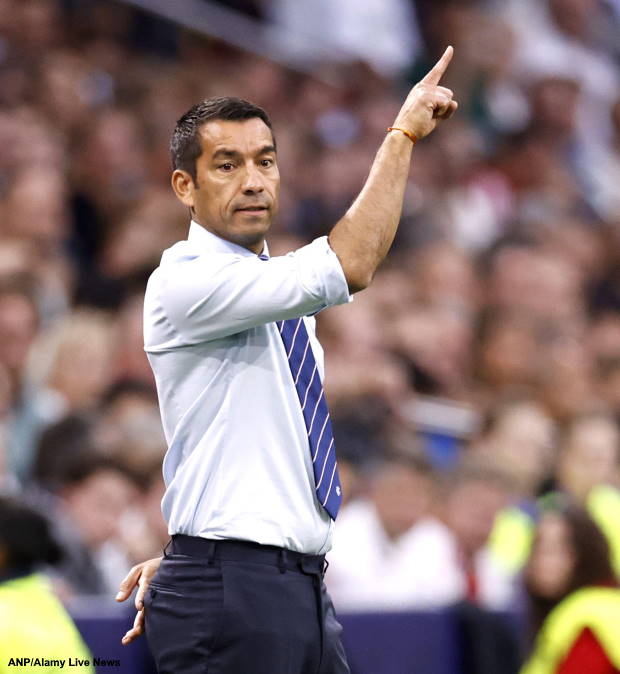 The 47-year-old Dutch tactician was pleased with the positive result and showered praise on both McCann and King for the way they train as well as their performances out on the pitch.

McCann, 20, and King, 18, both started and finished the game, contributing to an important victory on a matchday that saw reigning champions Celtic lose to St. Mirren, allowing Rangers to pull within two points of their biggest rivals.

“It’s a big win, especially after the difficult weeks we have had. It was good to get back to winning ways”, Van Bronckhorst said to the BBC after the win against Dundee United.

“I think the result today was the most important thing today and it was positive.

“I’m pleased with Charlie and Leon, both players who came through the academy and to give them minutes.

“They both deserved it with the way they develop and train.

“I’m really happy for them they contributed for the win.”

After seven games in the Scottish Premiership, Rangers are currently placed second in the league table and will travel to third-placed Hearts after the international break.