Leeds United and Everton target Ben Brereton Diaz, currently at Blackburn Rovers in the Championship, is being scouted by multiple teams in La Liga, according to the Daily Mail.

Brereton Diaz has entered the final year of his current contract at Ewood Park and there is no sign of an extension on the horizon.

Leeds and Everton both put in bids for Brereton Diaz close to the end of the summer transfer window, but were unable to agree a fee with Blackburn; they could go back in for the striker when the January window opens. 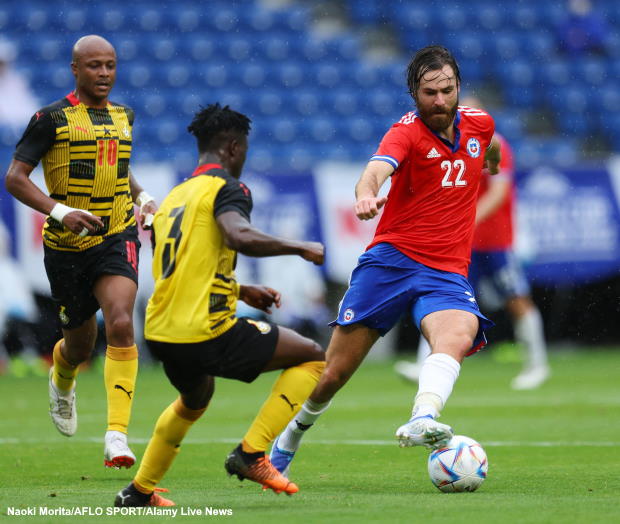 However, they could face competition as multiple La Liga sides are also keeping a close eye on developments with regard to Brereton Diaz’s situation.

The 23-year-old is currently on the radar of Villarreal, Valencia and Celta Vigo, all of whom will watch the striker when Chile take on Morocco in Barcelona on Friday.

Brereton Diaz made his debut for La Roja in the 2021 Copa America, scoring his first goal for the national team in the win over Bolivia in the group stage.

Leeds are on the lookout for another forward who can share the goalscoring burden usually shouldered by Patrick Bamford, while Everton are close to welcoming Dominic Calvert-Lewin back from injury.

Brereton Diaz has made eleven appearances in all competitions for the Riversiders so far this campaign, scoring four goals and laying on one assist.