Kieran McKenna Has Told Me This – Ipswich Town Star

Ipswich Town star Kyle Edwards has revealed that manager Kieran McKenna has told him to continue working hard to get opportunities, while simultaneously praising his uniqueness.

Edwards has not started a single game in the league this season, coming on for cameos of fewer than 20 minutes in his three League One appearances so far.

He has started all of Ipswich’s cup games so far though and got a trio of assists in the game against Northampton Town in the EFL Trophy. 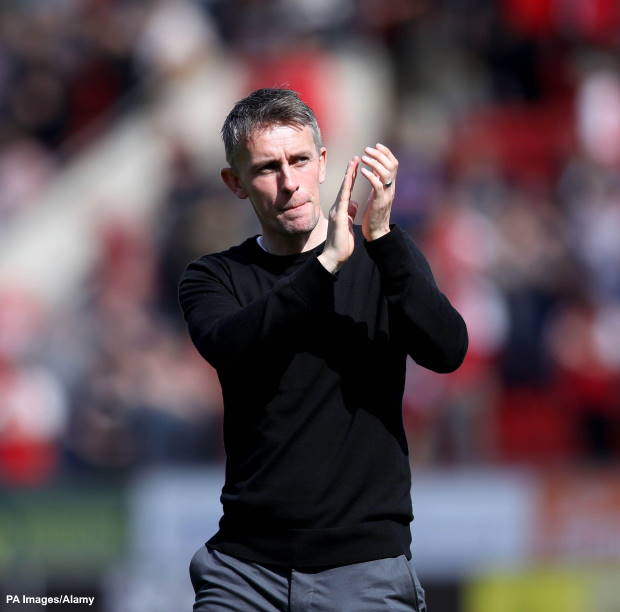 Edwards explained that McKenna has told him to keep putting in the effort and wait for his opportunity to come.

McKenna also praised the midfielder, telling him not many can play the way he plays and Edwards thinks that it is important if anybody in the first team becomes unavailable, the backup is just as good and that is what he is set out to prove.

Speaking to Ipswich’s official site, Edwards said: “The manager has told me to carry on working hard to be ready for when the chance comes.

“He wants to know I’m reliable when I get on the pitch and he says that when I do get the chance, to be myself, to play the way I play.

“He’s said to me that not many players play the way I do, so he wants me to show him what I can do and to make an impact in games.

“If anybody comes out of the starting 11 or off of the bench for whatever reason, it’s important that the players that step in can do just as well, and I think that’s what we’ve got here.”

Last season, Edwards started eleven games for Ipswich in League One, but his season was also cut short by an injury endured in February.