Former Everton star Michael Ball is of the view that there is more to come from Toffees defender Nathan Patterson and believes that the ex-Rangers man is improving every week.

In January, Patterson signed for Everton from Rangers for a transfer fee worth £16m, but struggled to make an impact on the first-team due to injury.

The Scottish international has established himself as a regular starter in Frank Lampard’s side this term, featuring in all Everton’s nine opening fixtures. 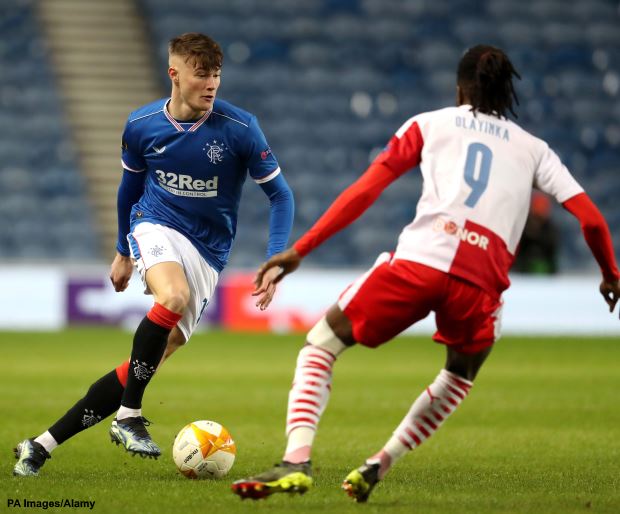 Former Everton star Ball believes that the young right-back is improving week in and week out and is confident that Patterson still has more to offer.

Ball insisted that the 20-year-old has excelled against some extremely talented Premier League players, and it demonstrates how much his defensive skills have developed since joining Everton.

“He’s improving week on week and I feel there’s still another 20 or 30 per cent to come”, Ball told the Daily Record.

“He loves driving forward but his main job is to defend and that’s where we’re seeing the main developments.

“Nathan’s up against some top players down here each week and it’s a standard he won’t have faced before.

“But he’s standing up to be counted and already it looks like a massive coup to get this lad for the money they paid for him.

After being stretchered off during Scotland’s victory against Ukraine in the Nations League, Patterson is waiting to see medical staff to find out how long he will be out of action for.