Tottenham Hotspur are keeping tabs on Leeds United goalkeeper Illan Meslier, who is a long-term target for Manchester United, according to The Athletic.

The 22-year-old goalkeeper has been the Leeds number one for over two years and is considered one of the best young shot-stoppers in the Premier League.

Meslier is yet to break into the France senior squad but is widely regarded as the long-term successor to Hugo Lloris between the sticks for the national team. 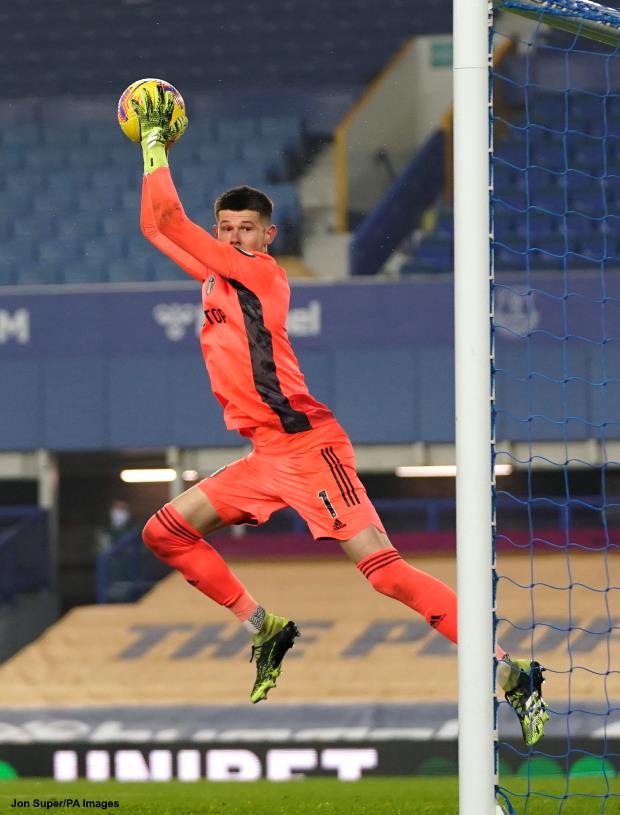 He is also coveted by several big clubs and Manchester United reportedly see him as the long-term replacement for David de Gea.

And it has been claimed that Spurs are also keeping an eye on Meslier as part of their plans to find a new goalkeeper.

Lloris has been the number one at Tottenham for over a decade but the north London club are actively looking for his long-term replacement.

And their captain’s much-heralded potential successor for France is also on Tottenham’s radar.

Meslier is a player Leeds could expect to attract a massive offer for next summer, if they want to sell him.

He has four years left on his contract and Leeds could have a few decisions to make at the end of the season.