Everton have been dealt a major injury play with Nathan Patterson ruled out for more than a month due to an ankle injury.

Patterson has played each minute of Everton’s seven Premier League games this season and has been emerging as a key player for the club.

The Scot’s performances have earned the praise of Frank Lampard and he is now the first-choice right-back at Goodison Park. 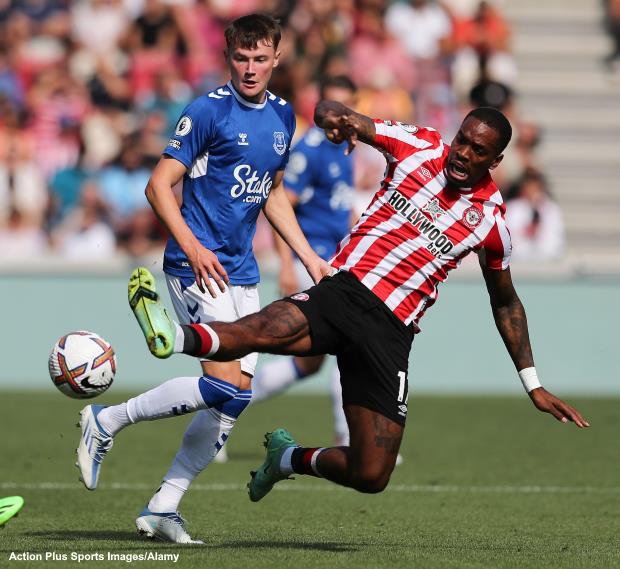 But Everton are now set to be without the defender for more than a month due to an ankle injury he picked up on international duty.

He was forced off during Scotland’s win over Ukraine last week and will now be on the sidelines for over a month.

A statement on Everton’s website read: “Everton defender Nathan Patterson is expected to be out for around four to five weeks with an ankle injury.

“The 20-year-old Blues right-back was forced off while on international duty during Scotland’s Nations League win over Ukraine at Hampden Park last Wednesday.

“Following a consultation with a specialist in London, Patterson will now undergo treatment under the care of Everton’s medical team at Finch Farm.”

Everton will hope that Patterson will be back for a few of the games before the mid-season World Cup break in November.

It remains to be seen who Lampard turns to in order to play at right-back over the next month or so in Patterson’s absence.

Club captain Seamus Coleman is yet to play in the Premier League this season and the Everton boss could also ask Mason Holgate to occupy that role in the coming weeks.