Former Bundesliga striker Jan Age Fjortoft is of the view that Manchester City cannot be ruled out as a possible next destination Liverpool target Jude Bellingham.

Bellingham’s name has picked up pace as a potential big money signing for next summer, with Jadon Sancho having laid the path for an English player going to Borussia Dortmund and then coming back to England on a pricey transfer.

Liverpool have been persistently linked with Bellingham over the last year, amid suggestions he is their top midfield target for next summer. 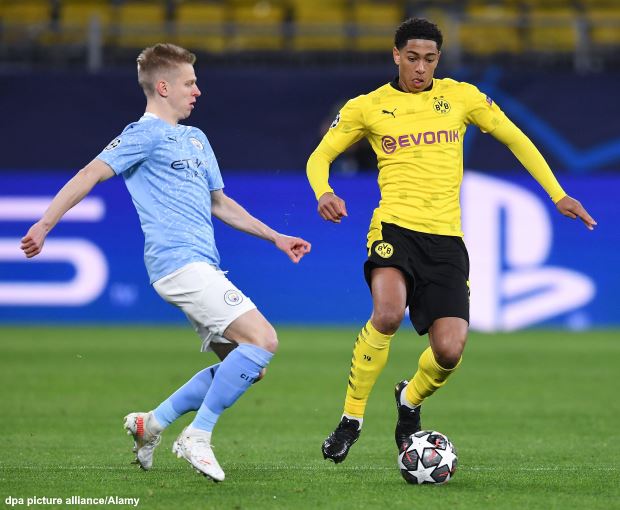 However, while Liverpool are serious contenders for Bellingham, former Bundesliga star Fjortoft thinks Manchester City should be watched carefully in the chase.

Taking to Twitter, Fjortoft wrote in regards to the race for Bellingham’s signature: “Don’t underestimate Man City in this race.”

Manchester City took one of Borussia Dortmund’s most sought-after stars in Erling Haaland in the summer, and they could look to repeat the trick next year.

The 19-year old has already reached a century of appearances for the German club, registering 13 goals and 18 assists in the process.

He has a contract until the summer of 2025 with Borussia Dortmund, and being regarded as one of the most exciting prospects in the world, he is tipped to cost as much as €150m.