Rangers legend Barry Ferguson has stressed that Kemar Roofe has the ability to add something different to the Gers forward line, but feels that his inability to remain fit consistently has always held him back at Ibrox.

Roofe has missed the start of the season due to an injury, but recently indicated that he is closing in on returning to action.

The Jamaican has scored 34 goals in 72 appearances for Rangers and has played a key part in them winning the league and reaching the Europa League final in the last two years. 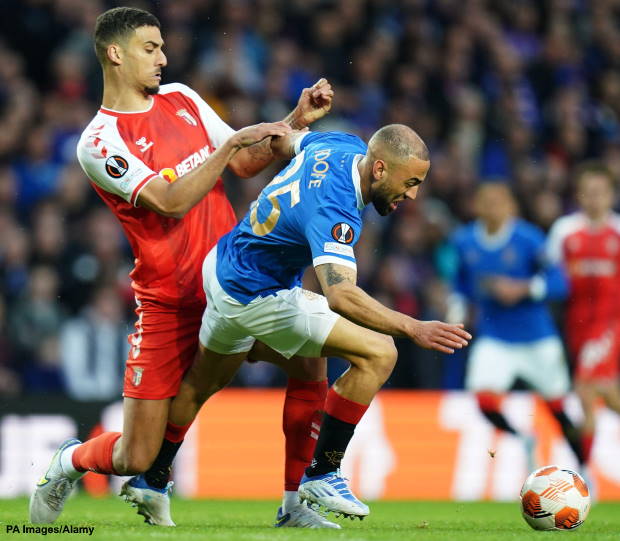 Ferguson admires the quality that the forward brings to the squad, but conceded that his biggest problem has been his inability to remain fit for a consistent period of time.

The former Rangers captain stressed that there is definitely ability and talent in Roofe and he adds something different to the Gers forward line.

But he is keen to see Roofe leave his injury problems behind him and remain consistently available to play.

Ferguson said on the Go Radio Football Show: “I have always liked him.

“The only issue you have got with Kemar Roofe is that you see him for three or four games, he just gets to a level, good performances, scores a couple and injury again.

“That’s been his Rangers career since he has been here.

“There is a good player there, no doubt about that.

“It’s just about maintaining that, keeping fit and being available week-in-week-out.

“And hopefully the injury problems are behind him because he has got a lot of ability and he can bring something different to the Rangers forward line.”

Roofe will hope to be back on the pitch for Rangers soon as they look to chase Celtic in the title race this season.