Tottenham Hotspur manager Antonio Conte has named his starting eleven and substitutes for his side’s Premier League clash against north London rivals Arsenal at the Emirates this afternoon.

Spurs have a chance to leapfrog Arsenal at the top of the Premier League table if they get a result on enemy territory today. 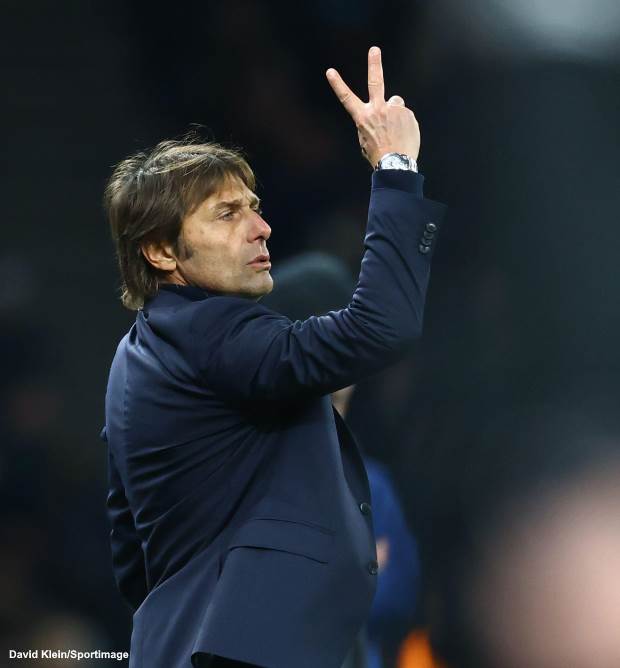 Conte has gone with his favoured back three system with Cristian Romero, Eric Dier and Clement Lenglet marshalling the rearguard for Spurs.

Emerson Royal and Ivan Perisic will play as the wing-backs in the system and look to move up and down the flanks at the Emirates.

Rodrigo Bentancur and Pierre-Emile Hojbjerg have been tasked with keeping control of midfield for Spurs today and providing solidity to the team in front of the defence.

Harry Kane will lead the line for the north London club and Heung-Min Son is back in the starting eleven after scoring a hat-trick in his previous game.

Djed Spence, Yves Bissouma and Bryan Gil are some of the options Conte has on the bench against the Gunners today.