Former Premier League star David Meyler has insisted that for all of Manchester City star Erling Haaland’s exemplary form, all his goals have been put on a silver platter for him.

Haaland has begun the season on fire for Manchester City, scoring 20 goals in 14 matches, including three hat-tricks.

The Norwegian star however has been chastised for his minimal touches on the ball and his lack of influence on the game outside of goalscoring. 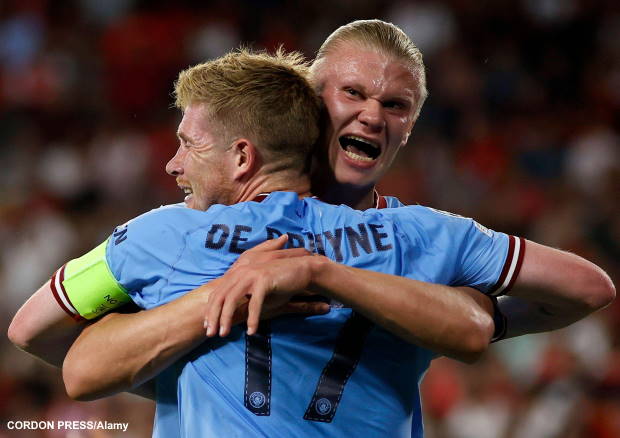 Meyler is among his critics, stressing that Haaland may be scoring a lot, but all of his goals are due to the hard work of his team-mates and he himself has not done much on the creative side of things.

The former Sunderland star does concede that Haaland has scored some good goals, but thinks that the horde of talent playing behind him are a huge part of his success.

Speaking on Off The Ball, Meyler said: “As incredible as Haaland has been, all his goals are created for him.

“We’ve yet to see him do a whole lot [creatively].

“Look at the goals he has scored, they are kind of put on plates for him.

“Yes, he is in the right position and he has got everything about him – some of the goals he has scored have been superb, don’t get me wrong – but when you have your Fodens, your Grealish, your De Bruynes, Gundogan, Mahrez, Bernardo Silva….

“You look at that array of talent, he’s got them playing behind him and he’s a superb athlete himself.”

Apart from his goalscoring, Haaland does have three assists this season and has admitted his wish to have as many touches on the ball as goals scored.