Liverpool talent Tyler Morton has admitted that playing alongside Thiago Alcantara was an unreal experience given his vision and passing range.

The 20-year-old midfielder joined Blackburn on loan last summer and is a regular in a team that are sitting third in the Championship table.

Morton already had nine senior appearances for Liverpool under his belt before he left on loan and was training regularly with the first team. 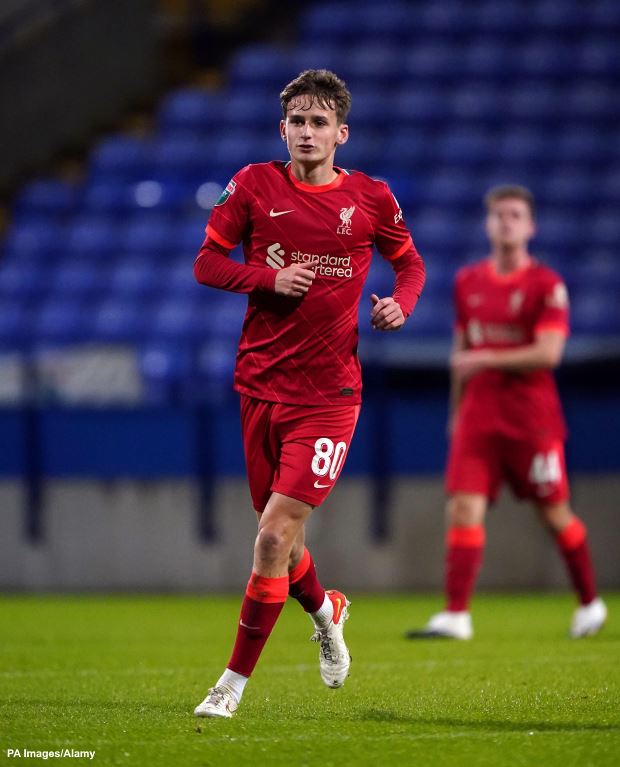 And he admitted that training and playing alongside Liverpool midfielder Thiago was an unreal experience for a player of his age.

Morton marvelled about the Spain international’s vision and awareness and stressed that a player needs to be switched on all the time as Thiago will find a pass to him even when he is not expecting it.

He told The Athletic: “It is unreal playing with people like Thiago.

“Just training alongside him and seeing the way he moves and his vision and awareness is just second to none.

“It keeps you on your toes because if you are on his team he is going to play you a pass when even you don’t think it is possible.”

The midfielder admitted that he was a bit star-struck initially when he went to training with the first team, but in time it was clear that the Liverpool stars were down-to-earth normal people.

“When you first go up [to first-team training] you are a bit star-struck and you feel like you have to impress everyone.

“But when you get to know them as people you realise how down to earth they are, how normal they are.”