Manchester United star Christian Eriksen has conceded that his career has come a long way since he suffered a cardiac arrest during the European Championship last year.

Eriksen is the superstar player for Denmark, who are being considered one of the dark horses for this year’s World Cup.

They are heavily dependent on the midfielder for providing creativity and leadership in the middle of the park, but his career looked in tatters last year. 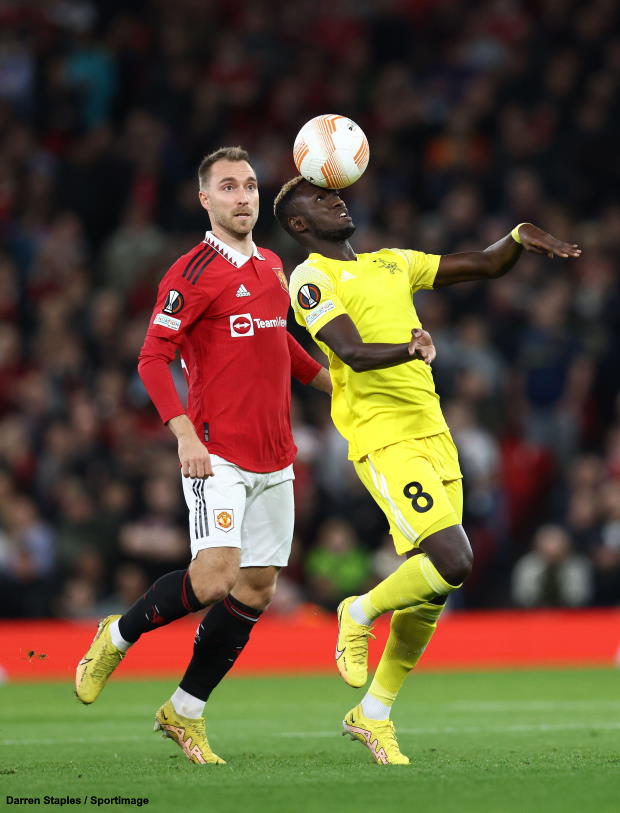 The Dane suffered a heart attack in the middle of the pitch during the European Championship last year and a pacemaker was placed inside his heart.

He had to leave Inter due to regulations in Italy, which prevented him from playing, and joined Brentford in January in order to rekindle his career.

A fine half-a-season at the London club led to a move to Manchester United last summer where he has been one of the most important players in the team in the ongoing campaign.

He admitted that his career and life are quite a contrast to what it was last year and playing in the World Cup was his aim.

Eriksen told Dutch broadcaster NOS: “It’s very bitter when you think about it.

“The state of my career and my life then, it’s quite a contrast to sitting here now after a year and participating in the World Cup.

“That was my dream from the start.”

The Dane conceded that his time away from the game was an agonising wait for him, but admitted the way things worked out since then, everything has happened quickly.

“Not being able to play always feels like a long time.

“Whether you have a minor or major injury, it always feels like longer than it is.

“Of course, it feels like a long time, but if you look at how I am now after all that happened very quickly, both in football and my private life.”

Barring an injury, Eriksen will be in the starting eleven when Denmark take on Tunisia in a Group D game of the World Cup next Tuesday.