Bristol Rovers boss Joey Barton feels that Scott Sinclair has added an Elliot Anderson-esque level of confidence to the Gas side.

Sinclair recently rejoined his boyhood club on a short-term deal and is already making his presence felt in League One.

He scored the only goal of the game on Saturday as Bristol Rovers beat promotion chasing Peterborough United 1-0 to move on to 24 points in the League One table. 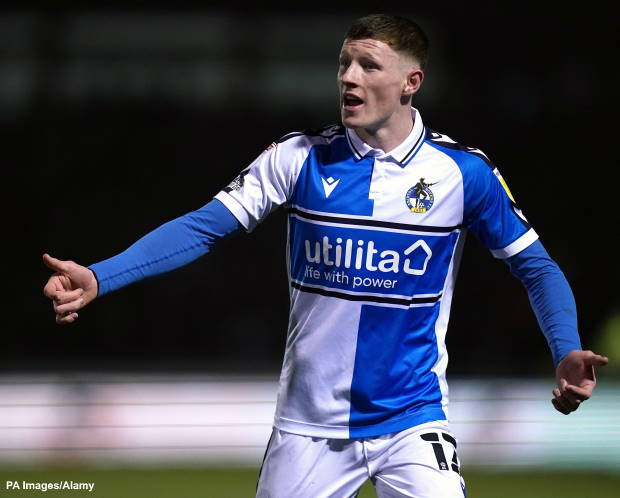 Barton thinks that Sinclair has an air of confidence about him which is similar to that present in Newcastle United midfielder Anderson, who was on loan at the Gas last term and played a key part in the side winning promotion from League Two.

The Bristol Rovers boss was quoted as saying about Sinclair by the Bristol Post: “It’s the lads knowing they can pass to him and they just know there is a calmness.

“His close control, his weight of pass, the way he loans the ball to other players, you always want good players in your team because they radiate calmness.

“I remember Elliot Anderson last year, he just radiated confidence out, and certainly Scott has since he’s come into the starting XI.”

And Barton believes that the composure Sinclair shows is rubbing off on those around him.

“He’s just got that composure and that has radiated out into the people who are close to him in the game”, he added.

The Gas are next in action in the EFL Trophy in midweek against Colchester United, before they then tackle Boreham Wood in the FA Cup.