Rangers are expected to slap in a bid for Blackpool forward Jerry Yates, but it is set to be below the Seasiders’ valuation of the player, according to journalist Alan Nixon.

The Scottish giants have slipped well behind Celtic in the Scottish Premiership title race and are looking at needing to carry out major surgery on their squad in the coming transfer windows.

Rangers’ first opportunity will soon arise with the January window swinging open for business and they have set their sights on Yates. 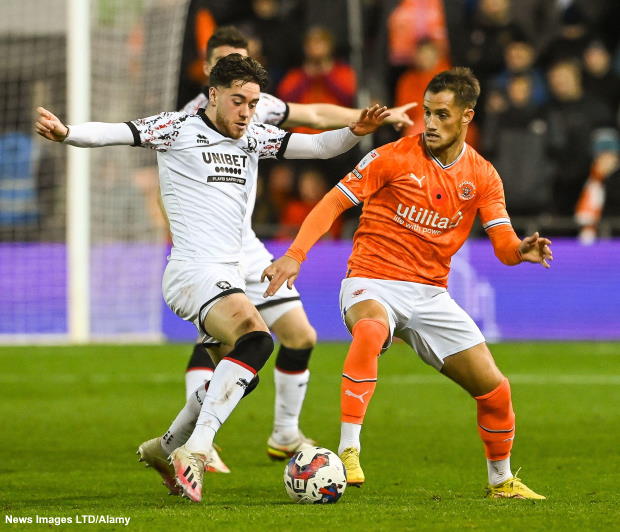 The 26-year-old attacker is shining in the Championship with Blackpool and has grabbed nine goals in 21 league outings.

Yates scored twice against Championship big boys Watford and Sheffield United, catching the eye, and Rangers want him at Ibrox.

They are expected to lodge a bid with Blackpool for his services.

However, it is suggested that Rangers value Yates at the £2m mark, a figure which is blow the amount Blackpool believe he is worth.

The Championship side, who are prepared to cash in on Yates, value him at closer to £5m.

It remains to be seen if Rangers are prepared to go that high.