Former Tottenham Hotspur and Brazil star Sandro has hailed Richarlison’s fully committed attitude, which he believes makes the attacker similar in mindset to himself.

Richarlison is currently at the World Cup with Brazil, where he is set to take to pitch against Serbia on Thursday.

Former Spurs man Sandro feels that the 25-year-old has managed to earn the love of the Brazil fans, which puts that extra bit of pressure on him to perform. 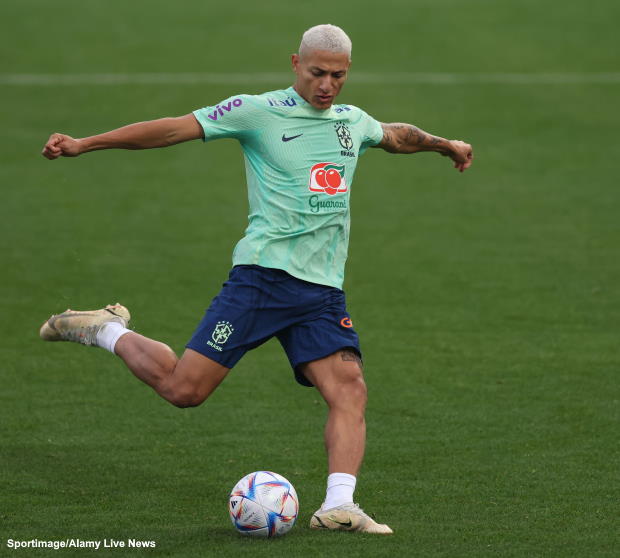 However, Sandro also believes that the pressure is not something that the Tottenham striker cannot handle.

“It’s putting a lot of expectation on him, but I believe he can handle this very well.”

Sandro feels that while most of the focus remains on Neymar, Richarlison could prove to be someone who can successfully carry the weight of his nation on his shoulders.

“Everyone looks at Neymar, but it’s Richarlison as well. He’s doing well.

“I hope he starts well, with power.

“Maybe the injury break might have done him some good, because he was able to rest a little.”

Sandro is a big fan of Richarlison’s approach to the game, with nothing left on the pitch, and feels it is a familiar approach.

“I think myself and Richarlison are similar in mindset.

“My attitude was always when I’m on the pitch, I’m going to give 100 per cent, all the time.

“He’s like that. He does everything, always trying, back and forward, giving everything.

“You know football means so much to him.”

Brazil have been drawn in Group G in Qatar, where they will have to play Switzerland and Cameroon besides Thursday’s opponents Serbia.