Borna Barisic has admitted that he feels grateful towards Rangers for helping him to fulfil his dream of being in the Croatia squad for the World Cup.

Barisic is the only Rangers player who has gone to play in the World Cup while his team-mates enjoy a break from football in the middle of the season.

The defender did not make Croatia’s squad for the World Cup four years back but at the age of 30, he is getting to live his dream of being part of the tournament. 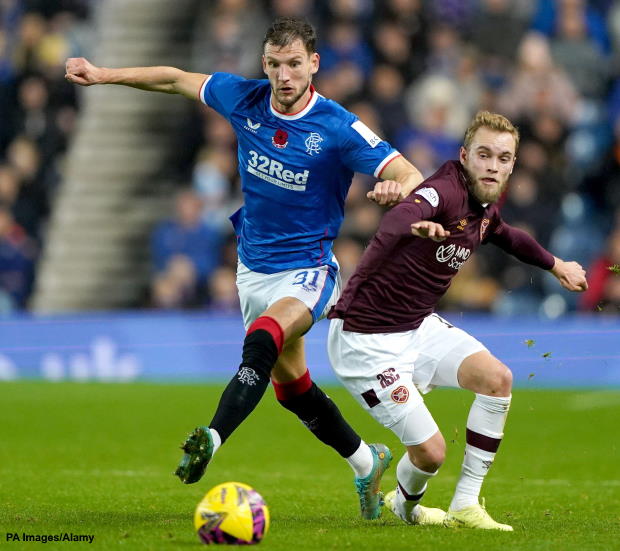 He stressed that he was not left disappointed at missing out four years ago as he never expected to be in the squad given where he was coming from.

Barisic insisted that he gave his all for Rangers in the last four years and is grateful to the club for providing him with the platform from which he made his way into the Croatia squad for the World Cup.

The left-back told The Athletic: “It’s a big thing for me to be here.

“I’m the only player coming from Rangers but four years ago in Russia, I was on the long list but not on the final list.

“I was not disappointed as I had just come to the national team and was not at a club like Rangers [he was still playing for NK Osijek back home at the time], so you don’t expect it as much.

“I was realistic but I said to myself that I am going to give everything to go in four years and that has been my dream.

“To represent my country and my family makes me really proud.

“When I look back in the future I’m sure I will realise how big an achievement this is, as it means my hard work and dedication have paid off.

“I need to say thank you to Rangers and the whole staff, and previous staff, as they are part of this.

“They all helped me get here.”

Rangers will hope Barisic proves himself in Qatar and comes back to Scotland in a more confident mood for the latter half of the season.