Buxton goalkeeper Theo Richardson has stated that his side will not be intimidated by the Ipswich Town fans when they take on the Tractor Boys on Sunday at Portman Road.

Ipswich Town’s six-match undefeated run ended on Tuesday against Portsmouth with a 2-0 defeat in an EFL Trophy tie.

And Kieran McKenna’s side will be hoping to get back to winning ways when they host National League North side Buxton in the FA Cup. 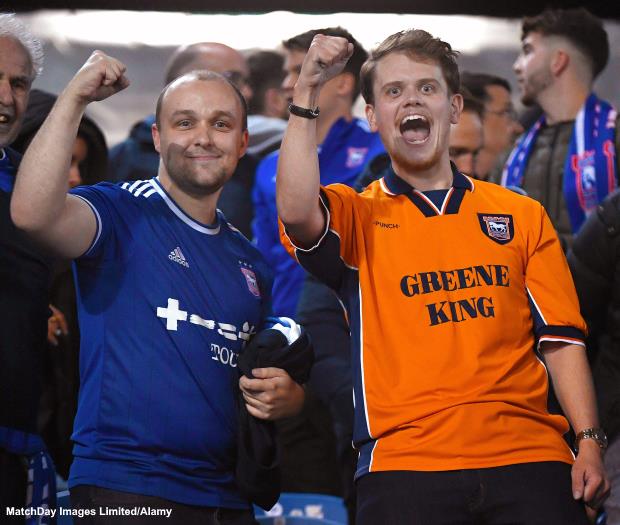 Richardson expressed his delight at being able to play against a club of the stature of Ipswich, but admitted that the Derbyshire outfit would have preferred to play them at their home.

The Buxton goalkeeper added that it will be exciting to play in front of a large crowd, however stated that the National League outfit will not be intimidated by the Portman Road crowd.

Richardson admitted that Ipswich will be a difficult team to face but stressed that Buxton will go into the game believing that they can create an upset.

“It is great to get drawn against the highest ranked team in there”, Richardson was quoted as saying by the Buxton Advertiser.

“We would rather have had a home tie but, with the size of club Ipswich are, you can’t really ask for more.

“Playing in front of a big crowd again will be an exciting thing for me and the majority of the squad.

“I don’t think it will daunt anybody and it’s something everyone will look forward to.

“If you go into any game thinking you’re going to lose then you’re on the back foot from the start.

“We know it is going to be difficult as they’re right up there near the top of the table.

“But at the same time you are playing against another XI and it’s been proved over the years it can be done.

“We just have to go there, believe in ourselves, and be the ones who create an upset.”

McKenna’s side are second in the League One table with 41 points from 19 games this season and are two points behind league leaders Plymouth Argyle.