We Know We Can Beat Sheffield Wednesday – Mansfield Star

Mansfield Town defender James Perch has admitted that his side will go into Saturday’s clash against Sheffield Wednesday as underdogs, but stressed that the Stags are confident of taking on the Owls.

Next, Darren Moore’s side will welcome League Two outfit Mansfield Town in an FA Cup round two clash at Hillsborough on Saturday. 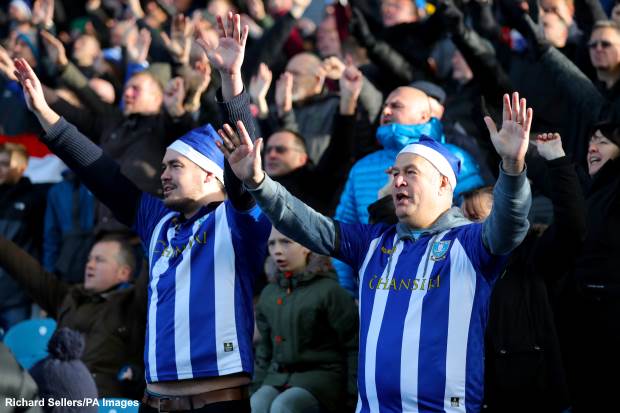 Mansfield defender Perch stated that the Stags have experience of playing against big sides like Sheffield Wednesday and is confident that his side are capable of taking on the Owls at Hillsborough.

Perch further added that being the underdogs against Moore’s side will help Mansfield play their natural game without any pressure on them and believes that the Stags will relish their opportunity to play at Hillsborough with a large number of away fans backing them.

“It’s been tough recently [in Sky Bet League Two] so to go to Hillsborough and take a few thousand fans will hopefully [give us the opportunity to] enjoy the day”, Perch told Mansfield Town’s official site.

“It doesn’t surprise me the numbers going to Hillsborough.

“We can take the experience that we’ve had in previous years of going to big places and big grounds.

“I think we can relax a little bit instead of being the favourites.

“We can be the underdogs and play our stuff.”