Tottenham Hotspur defender Matt Doherty is of the view that Spurs forward Richarlison can win the Brazil 2022 World Cup with his goalscoring form.

The 25-year-old Brazilian striker joined Tottenham Hotspur this summer in a big money move from Everton but has yet to score for the north London outfit in the league.

However, Richarlison has maintained impressive goalscoring form for his national team, scoring nine times in six outings, including Thursday’s brace against Serbia in Brazil’s opening fixture of the 2022 World Cup. 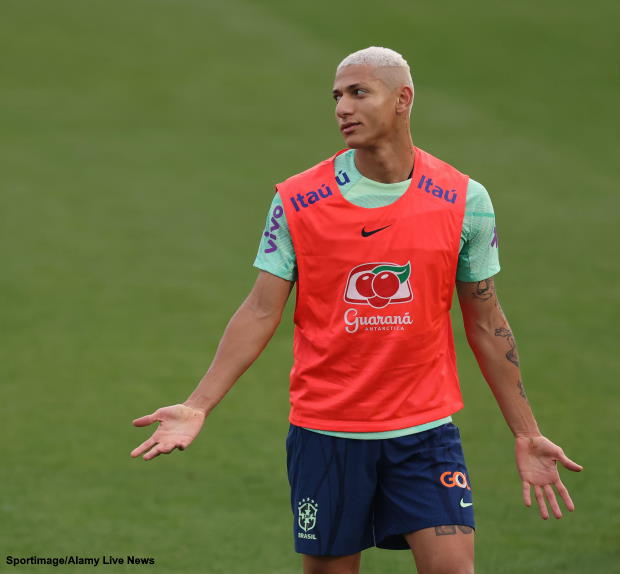 Doherty was impressed by what he saw from his Spurs team-mate on Thursday and believes that Richarlison’s 73rd minute strike against Serbia is the best goal so far in the tournament.

The Spurs defender pointed out that Richarlison’s brilliant form in the colours of Brazil can win them their sixth World Cup and believes that the 25-year-old deserves all the praise for the hard work he has put in.

“Brazil were very impressive in the second half against Serbia, and our boy Richy with the goal of the tournament so far”, Doherty told Tottenham Hotspur’s official site.

“His record with Brazil is phenomenal [that’s nine goals in six caps in 2022] and he could bring them the World Cup.

“He works his socks off and what a nice guy, he deserves everything positive that comes his way.”

Brazil will take on Switzerland in their next fixture on Monday and Richarlison will be eager to maintain his goalscoring streak against Murat Yakin’s side.