West Ham United star Gianluca Scamacca is being followed by Napoli as a potential replacement for star striker Victor Osimhen, it has been claimed in Italy.

Osimhen has been in exceptional form for Napoli in the current season, scoring nine goals and providing three assists in eleven Serie A games.

The Nigerian star was linked with a move away from Napoli in the summer and clubs such as Manchester United are suggested to be interested in him. 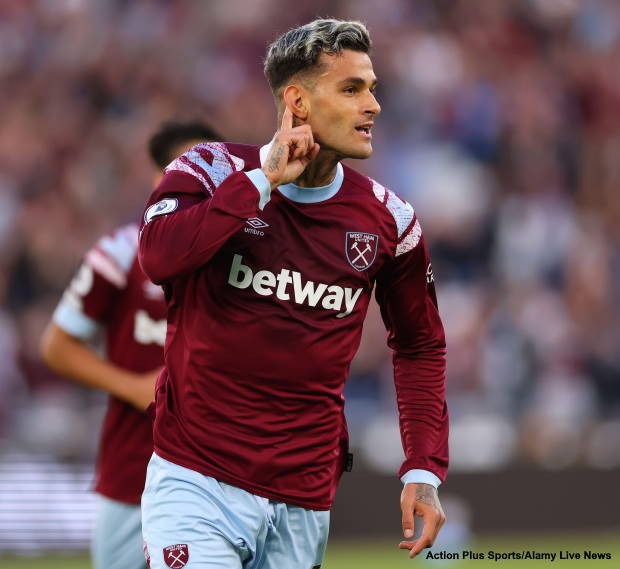 Napoli are planning on demanding big money to sell, but in the case he does leave, the Italian club have a list of contingencies.

Among the names being monitored by Napoli is West Ham’s summer signing Scamacca, according to Italian journalist Ciro Venerato, cited by Tutto Napoli.

Scamacca has scored only twice for West Ham this season in the Premier League and admitted that he needs to perform better at the London Stadium.

Regardless, the Italian has experience of playing in Serie A, scoring 24 goals in the league in 65 matches for Genoa and Sassuolo combined.

West Ham signed Scamacca only this summer and he has a long-term contract with the Hammers, but Napoli may have money to spend after Osimhen’s sale.