Southport star Jordan McFarlane-Archer is of the belief that his brother, Aston Villa starlet Cameron Archer, is benefitting nobody by being on the bench and requires game-time.

Archer joined Preston North End last season on loan in January and impressed for the Championship side, making 20 appearances and scoring seven goals.

Aston Villa did not want him to depart in the summer and thus he stayed with the Midlands club, but he has not started a single game all season or played more than ten minutes in any match. 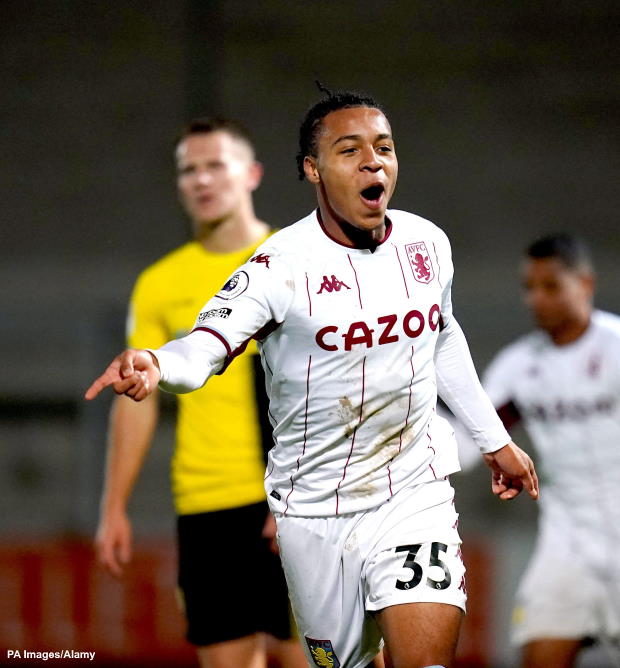 McFarlane-Archer thinks it is plain to see the only way for his brother to progress is by getting regular minutes on the pitch and the Villa youngster being on the bench is doing no favours to any party.

“You never know what can happen in football, the new manager at Villa may decide to keep him there”, McFarlane-Archer was quoted as saying by the Lancashire Post about the Aston Villa starlet.

“The only way he is going to develop is by playing matches.

“He came back a better player after his loan last year.

“Having him being on the bench is no good for anyone, and although he’s training with Premier League players, game time is more beneficial.”

The Southport star also revealed that Archer misses being with Preston and wants to be out on the pitch with the fans chanting his name ringing through his ears.

“He misses being at Preston because he just wants to play games more than anything, with the fans singing his name”, McFarlane-Archer added.

It remains to be seen if like last season, Archer is loaned out in January and whether it is back to Preston or any other club, with Sunderland recently being linked with the Aston Villa youngster.