Chelsea-linked attacker Rafael Leao has revealed that he will have more talks over a new deal with AC Milan after he returns from the World Cup.

Leao will have a year left on his current deal in the summer and has been heavily linked with a move away from the Serie A giants.

Chelsea were interested in him last summer and he has continued to remain a target for the Blues for the upcoming transfer window. 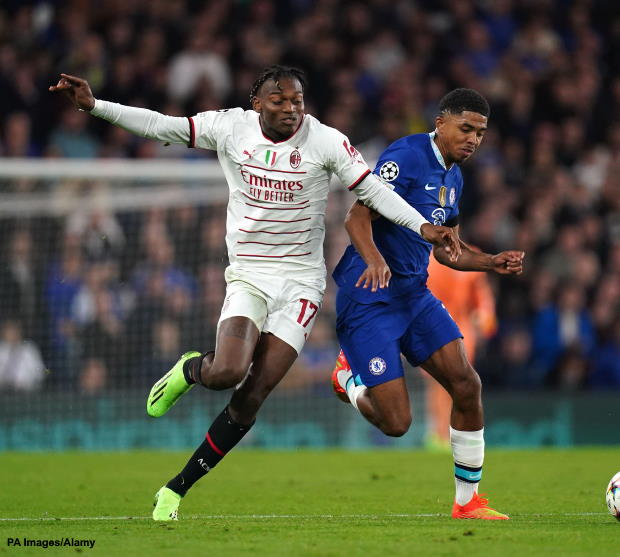 AC Milan have been in talks over a new deal with his representatives but so far, there is no agreement over fresh terms between the club and his camp.

The player is focused on doing well for Portugal in the World Cup and revealed that he spoke with AC Milan technical director Paolo Maldini before joining the national team.

He admits that more conversations will take place with the Rossoneri after he returns from the World Cup.

Leao told Italian daily Gazzetta dello Sport: “I am happy and proud and now I have to stay focused on the World Cup.

“I will talk with Milan as soon as I return.

“Even before arriving in the national team we had a meeting with Maldini, it was positive, so when I get back to Milan, we will talk.”

Leao has scored seven goals in all competitions this season for the Rossoneri and is wanted at several clubs in Europe.