Lazio coach Maurizio Sarri is on the radar of Everton, West Ham United and Tottenham Hotspur, it has been claimed in Italy, as the Premier League trio eye a potential new boss.

Sarri last managed in the Premier League with Chelsea, but has been applauded for his work with Lazio in Serie A.

The former Napoli boss has the Rome club competing for the Champions League places in Serie A, while they are also through to the Coppa Italia quarter-finals. 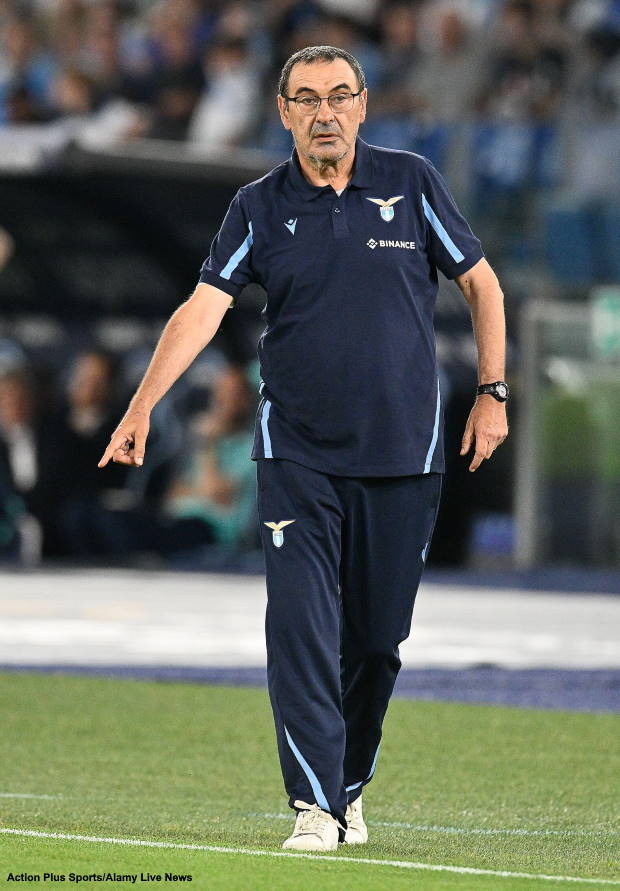 Sarri replaced Antonio Conte when he last arrived in the Premier League and he could do so again with their London neighbours.

Tottenham are monitoring Sarri’s situation, but they are joined by Everton and West Ham, according to Rome-based daily Il Messaggero.

Conte’s contract with Tottenham ends after the season is over and if he does leave, Sarri could be an option for Spurs.

There is speculation surrounding the future of both Everton and West Ham’s managers, Frank Lampard and David Moyes, respectively, and Sarri could be chased in the case of their sacking.

Sarri won the Europa League with Chelsea and reached the final of the EFL Cup, while before the Lazio job he won Serie A with Juventus.