Rangers right-back James Tavernier is taking inspiration from Leicester City striker Jamie Vardy's rise this season to set his sights on a call-up to the England squad.

Tavernier joined Rangers in the summer and has been in sensational form, rampaging down the right flank and also scoring goals, having six to his name so far.


His exploits have led to Gers fans nicknaming him the "Blue Cafu" in a nod towards the Brazilian legend.

Tavernier feels he is performing at Rangers and does not feel an England call is out of the question, especially given the progress of Vardy at Leicester City; the 28-year-old is currently the leading goalscorer in the Premier League with 12 to his name. 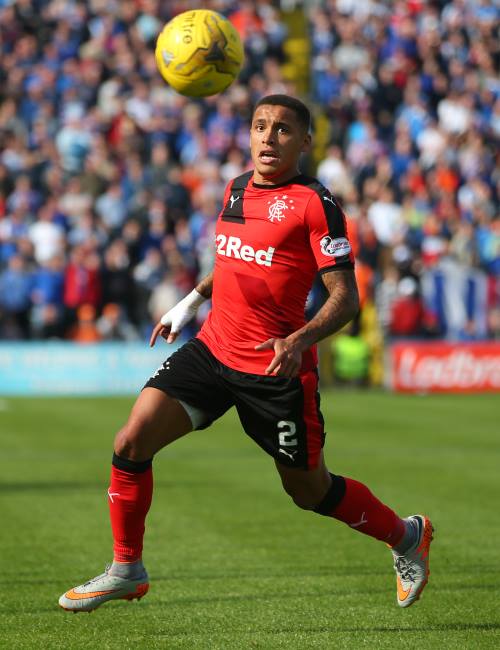 The defender said to his club's site: "There is always an ambition to play for England and if that opportunity comes up in my career then I would be honoured to do that.

"Anything is realistic if you put the hard work into it and really dedicate yourself to the football and work hard in training and on a matchday, then anything is possible.

"You have seen players have a great season and go for big moves and they go on leaps and bounds from there like Jamie Vardy this season.

"He has been great playing for Leicester and he’s come out and he’s doing well for England now."

Tavernier was in fine form last weekend when Rangers thrashed Alloa Athletic 4-0 at Ibrox, scoring once and setting up a goal for team-mate Nicky Clark.