Scouts from Manchester United, Manchester City, Everton and Roma are at this evening's game between Serbia Under-21s and Italy Under-21s.

According to Serbian daily Vecernje Novosti, the army of talent spotters have headed to the game to watch young midfielder Marko Grujic.


Just 19 years old, the midfielder has turned heads with his performances for Serbian giants Red Star Belgrade and he is making rapid progress on the international scene.

Italian giants Inter are also keen on Grujic, however they will check on the talent next week when Serbia Under-21s take on Slovenia Under-21s. 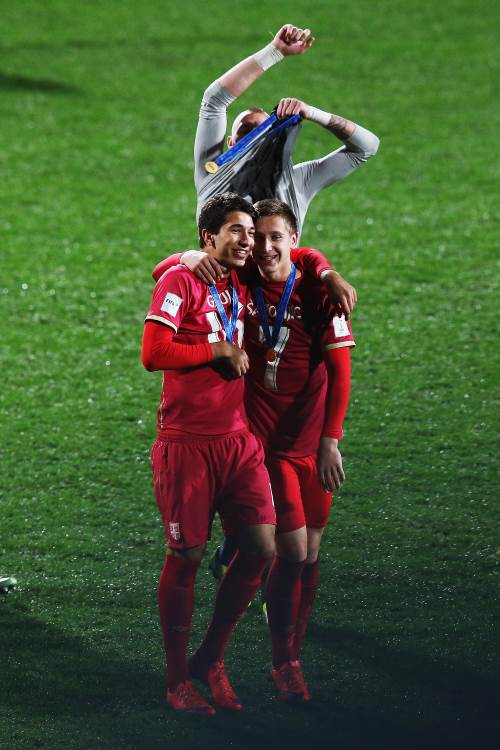 Grujic is a product of Red Star Belgrade's highly-rated youth system and made his senior side debut for the club in 2013.

The 19-year-old is locked down on a contract with Red Star Belgrade until the summer of 2018, with the club battling off interest from Bundesliga side Hamburg in the summer to keep him.

Grujic is regarded as a jewel in the crown and future great by the Serbian club, but it remains to be seen for how much longer they will be able to fend off interest from wealthy western European sides.