Rangers boss Mark Warburton feels Kenny Miller has a bright future ahead of him as a coach, but stresses the striker has earned his contract extension as a player.

Today, Miller put pen to paper on a one-year contract extension with Rangers, ensuring he should once again taste top flight football with the Gers as the deal runs until 2017.


However, the 35-year-old is also thinking further ahead and has been helping Under-20 boss Ian Durrant as he studies for his coaching badges.

Warburton is sure Miller has much to offer as a coach, but says he has earned his new deal primarily as a player. 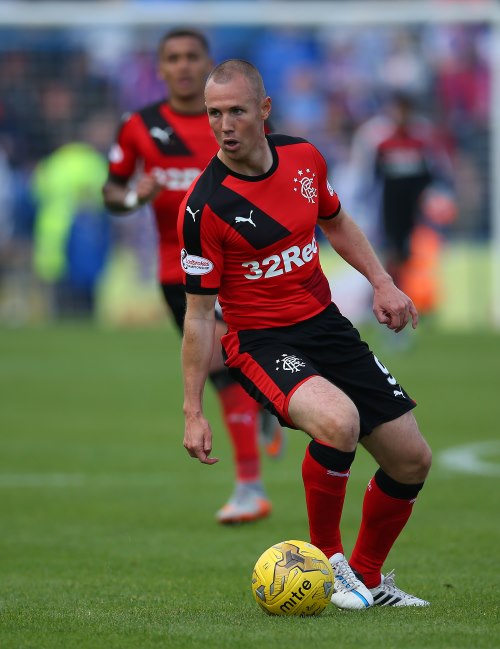 Warburton told his club's official site: "Kenny is very much part of our plans going forward, while he has a very bright future as a coach this is a contract he has earned as player.

"He’s played a key role in terms of his attitude, performances and in a mentoring role to the younger players.

"His coaching shows his good use of time management, but his absolute focus is to be fit and well for first-team duty", the Englishman continued.

"Any spare time now he is committing to broadening his coaching experience and gaining valuable information in terms of delivery of sessions and appropriate content of sessions."

Miller will now focus on helping Rangers secure promotion from the Scottish Championship, something they are in a good position to do following 12 wins from their opening 13 league games.

The striker has managed to notch a total of 81 goals for the Gers over three separate spells at Ibrox. He now looks likely to finish his playing career with the Glasgow giants.