Rangers manager Mark Warburton has heaped praise on midfielder Jason Holt ahead of the Scottish Challenge Cup clash against St Mirren on Saturday at Ibrox.

Holt opened the scoring in last weekend’s 1-1 draw against Livingston in the Scottish Championship. However, it was not enough as a Myles Hippolyte equaliser in the early stages of the second half helped the Lions earn a point.


It was only the second instance this season that the Gers have dropped points and they sit comfortably at the top of the Scottish Championship with 37 points from 13 games.

The 53-year-old hailed Holt’s consistency and his technique. Speaking in an interview with Rangers TV, he said: “He is maintaining a level of consistency, which is first class for him. He no doubt has quality, but he had to work on that side of his game [consistency]. 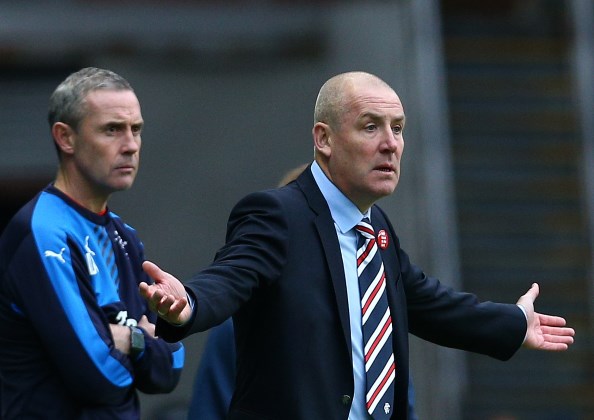 “But when you look at the goal, he made a good run from his own half, spun past two of the opposing defenders and to finish at speed with that technique is a job well done.

“He is really achieving a great level right now and he is in a good place.”

The former Brentford manager insisted that he was not surprised by the 22-year-old and also praised the midfielder’s work ethic and commitment.

Warburton believes that the Scottish midfielder will be instrumental in the Gers’ quest for promotion this season.

“No, he hasn't surprised me. We never sign players here that we don't think add value on and off the pitch.

“At the first pre-season training, he showed us the quality that he undoubtedly had.

“After that, it was how he applied it, how he fit into our team, our team shape, our philosophy.

“But, [he is] tremendous every day in training, he comes in, he applies himself like the other boys do.

“He is loved by the group.

“With the work ethic, commitment and quality he shows, there’s no reason why he will not have a great season for us.”

Warburton further highlighted that it was Holt’s forward running which troubled the defenders and the ability of the 22-year-old to find pockets of space to work from has helped him score vital goals for his team.

“He runs beyond, he runs forward.

“Forward runners are so hard to track.

“Jason gets in behind, finds pockets, times his runs, scores some vitally important goals for us.

“Fingers crossed that it will continue.”