Rangers defender Danny Wilson says he will never rock the boat at Ibrox when he is not playing and explained he was happy to wait for his chance to return to the team.

Wilson was restored to the starting line-up for Rangers' Scottish Challenge Cup semi-final against St Mirren on Saturday and produced a solid performance as the Gers grabbed a 4-0 win to book their spot in the final in April.


The defender picked up an injury over the international break and soon saw Dominic Ball starting.

Wilson is delighted to be back in the team, but explained he was never going to rock the boat when he was out of the team and stayed patient. 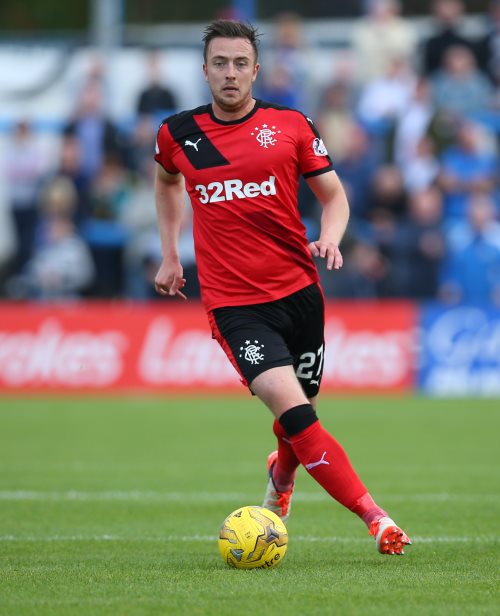 Wilson explained to Rangers TV: "I picked up an injury over the international break and came back in for the Hibs game and probably wasn’t quite right.

"I have had to spend a couple of weeks working hard, Dom Ball has played well and it has been difficult to get him out of the team.

"But the gaffer gave me an opportunity today and I we have got a good win and a clean sheet so I just need to see what comes of that.

"I spoke to the manager in private and I was comfortable with what he said, Dom has come in and done great and barely put a foot wrong so I just had to work hard and bide my time until I got back in.

"I would always prefer to play but I understand that it is a squad game and it will be the squad which takes us to success this year so I am happy to do what is right for the squad and for the team", Wilson added.

The centre-back will hope to now keep hold of his starting spot when Rangers are next in action, against Dumbarton in the Scottish Championship on Tuesday.