Paris Saint-Germain are reluctant to let Adrien Rabiot leave the club on a loan deal in January, despite interest from a number of clubs, according to Italian outlet Calcio Mercato.

Italian outfit Napoli are keen to sign the midfielder on a six-month loan deal during the winter transfer window, but PSG have rebuffed their offer as they consider Rabiot a natural backup to Marco Verratti.


However, the Stadio San Paolo outfit have still not given up on the 20-year-old as they are expected to meet the French champions in the coming days to carry on transfer negotiations.

Fellow Serie A clubs Inter Milan, AC Milan, Juventus and Roma are also keen to rope in the youngster and could rival Napoli if PSG do indeed sanction a loan move for the Frenchman next month, while from England, Arsenal have been linked with being ready to make a move for Rabiot. 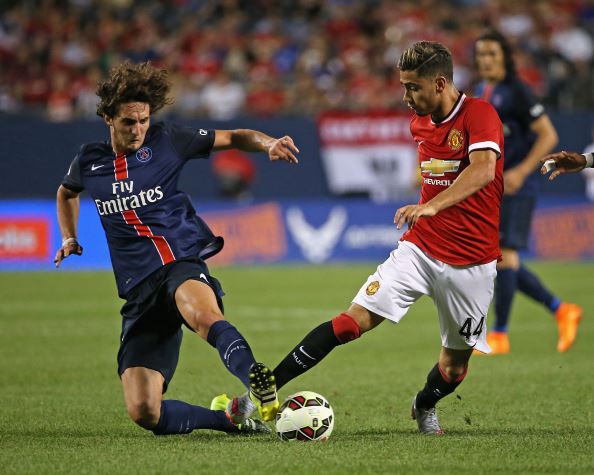 Rabiot, whose present deal with PSG runs until 2019, has thus far clocked up 92 appearances for the club, scoring eight times.

He is yet to earn a senior cap for France, but has represented the nation at various youth levels.

Rabiot has regularly been linked with leaving the Parc des Princes over a lack of playing time and may be likely to only head elsewhere if he is given assurances over minutes on the pitch.