Stefan Scepovic, who is currently on loan at Getafe from Celtic, has revealed he would like to return to former club Sporting Gijon.

Celtic snapped Scepovic up from Sporting Gijon, with whom he was prolific in the Spanish second tier, but he struggled to convince Bhoys boss Ronny Deila of his merits.


Deila sanctioned a loan move for Scepovic to Getafe in the summer, but the striker is not yet thinking about heading back to Celtic when it is over and is instead dreaming of once again playing for Sporting Gijon.

The Serbia international insists that his departure from Sporting Gijon was not in any way related to playing matters and he feels that a future return would be welcome. 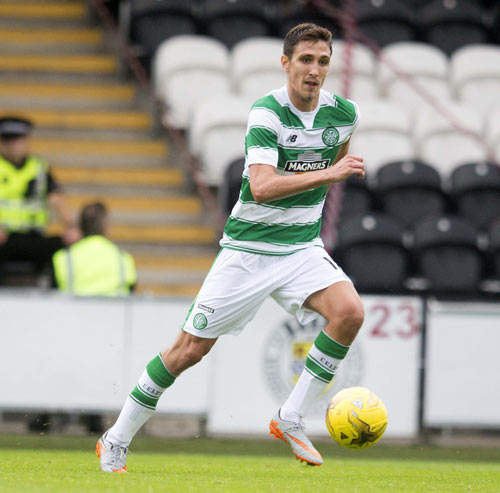 Scepovic was quoted by Spanish outlet Fichajes as telling La Nueva Espana: "In the future I would like to return to Sporting.

"I went through circumstances which were not related to what happened on the pitch."

This season Scepovic has made 17 appearances in all competitions for Getafe, hitting the back of the net on three occasions.

While Getafe are 15th in La Liga, Scepovic's former club Sporting Gijon are in the relegation zone in 18th spot.