Former Rangers goalkeeper Andy Goram thinks Mark Warburton will remain in charge of the Gers next season, especially with the chance to battle rivals Celtic on a regular basis now on the agenda.

Warburton has managed to make his mark at Ibrox since taking charge of the Scottish giants at the start of the season, but Goram thinks he is just getting started and wants to "have a right challenge at Celtic".


The 53-year-old has already helped Rangers to win the Scottish Championship title and the Challenge Cup, in addition to guiding the club to the final of the Scottish Cup by beating Celtic on penalties last weekend.

As a result, Warburton has been linked with taking the managerial reins at Aston Villa, who have been relegated from the Premier League. 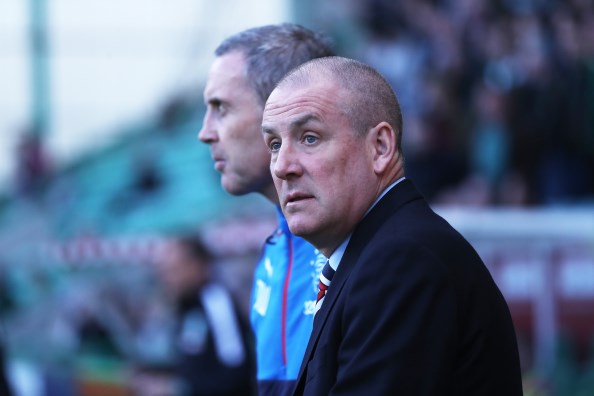 But with Warburton already preparing for life in the Scottish Premiership by working on possible transfers in the summer, Goram feels the Englishman will not quit Rangers.

"His stock has gone up with what he's done this season and the way he's gone about it, but he's got a job to finish and I think he looks at it that way”, he told BBC Scotland.

"I can't see him going anywhere next season. He'll stay, hopefully get into Europe and have a right challenge at Celtic.

"I think that's what he came for, he's brought all these players in with him and he's bringing in more, so there's no point walking away."

Warburton will look to end the season on a high by securing the domestic treble when they face Hibernian in the Scottish Cup final at Hampden on 21st May.