He Can Hold Head Up High – Celtic Legend Praises Youngster


Tom Boyd has revealed that he was impressed with Liam Henderson’s performance in Celtic’s 2-0 win over Motherwell in a Scottish Premiership fixture on Saturday.

The midfielder, who is a product of Celtic’s youth system, made his first team debut for the club in December 2013, aged 17.


Henderson was loaned out to Norwegian outfit Rosenborg in March 2015 before spending last season on loan at Hibernian, where he won the Scottish Cup.

The 20-year-old, who returned to Celtic in the summer, has been sparingly used by new Celtic boss Brendan Rodgers. 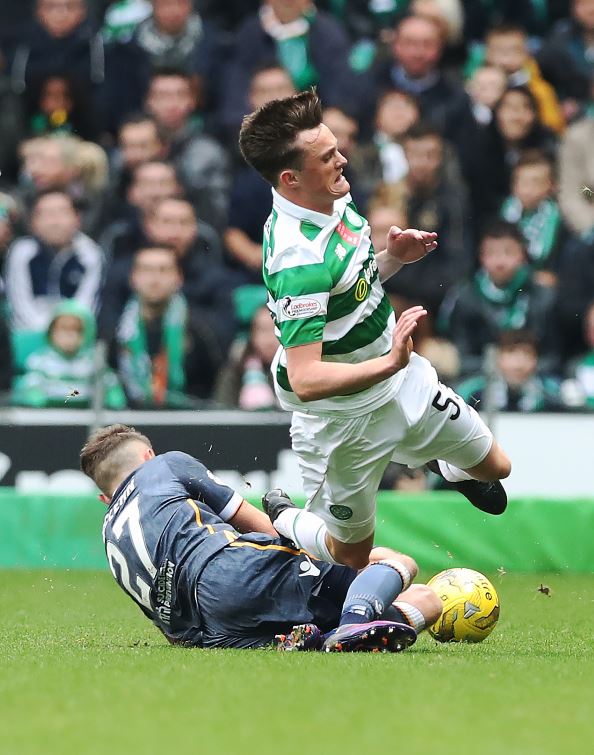 Henderson has thus far made just three appearances in all competitions for the Hoops in the present campaign, with the starlet making his first start of the season against Motherwell at the weekend.

And Boyd, who won three league titles, three Scottish League Cups and two Scottish Cups with Celtic, thinks Henderson should be proud of his display at Paradise.

“He loves playing for us and he just wants to perform at Celtic Park.

“It was a rare opportunity for him, but he did ever so well. He has a variety of passes, he knocked a couple of long ones, probably looking for Leigh Griffiths.

“He can certainly hold his head up high in terms of his level of performance.”

Henderson, whose present contract with Celtic runs until 2018, has thus far amassed 26 appearances for the club, scoring twice and providing an assist.