Jason Holt has stated that Rangers are itching to go out on the field and put things right against Celtic on Saturday.

The Gers, who are yet to beat the Bhoys in five attempts in all competitions in the present campaign, lost 2-0 to their arch-rivals in the semi-finals of the Scottish Cup at Hampden last weekend.


Rangers have lost four times to Celtic this season and the only time they avoided defeat against the Hoops was when they drew 1-1 at Parkhead last month.

And Holt insisted that Rangers are looking forward to the Old Firm derby at Ibrox on Saturday as his side are desperate to avenge their loss at Hampden last weekend. 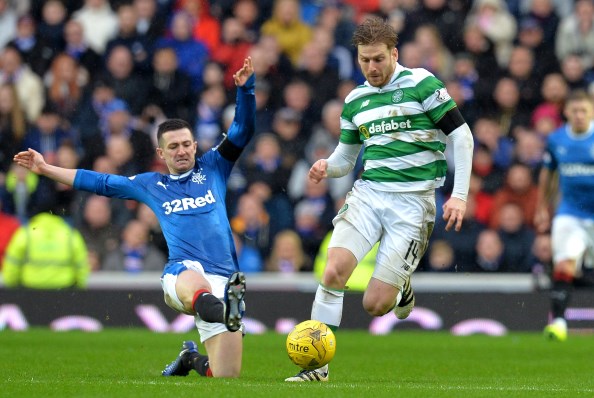 “We look forward to Saturday because we’re desperate to put it right”, he told Rangers TV.

“Me and all the players are itching to go out and put it right.

“There are a few things we have worked on this week and we’ll try to put them into the game.

“We never did it at the weekend so there are a few things we’ll work as a squad and take into Saturday.”

Rangers, who are currently two places and 33 points adrift of already-crowned champions Celtic, lost 2-1 to Brendan Rodgers’ team at Ibrox on New Year’s Eve, despite taking an early lead through Kenny Miller.