Roma are set to complete the signing of Justin Kluivert from Ajax and will then move to raid the Dutch club for Everton and Liverpool linked Hakim Ziyech.

The Giallorossi have reached an agreement with Ajax for Kluivert and will pay around €18m for the Dutchman, who will put pen to paper to a five-year contract in the Italian capital.


Roma want to follow up the capture of Kluivert by signing Ziyech, who has been linked with Everton and Liverpool.

According to Dutch magazine Voetbal International, Roma also have a five-year deal ready for Ziyech to sign and the midfielder has long been at the top of their wishlist. 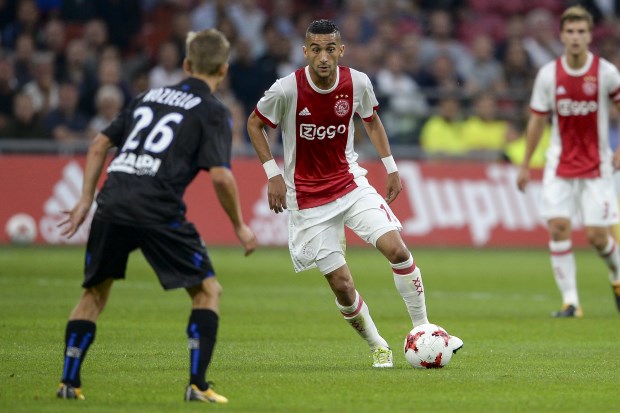 However, no move for Ziyech is likely to take place until after the World Cup, where he will star for Morocco.

It remains to be seen whether Everton or Liverpool will firm up their interest in Ziyech to rival Roma for the 25-year-old's signature.

Ziyech made 39 appearances for Ajax last season, scoring nine goals and creating a further 18 for his team-mates.